Amid an offseason centered around rookie development and replacement of several starters defense, third-rounder Cameron Dantzler became the only true Day 1 starter in the Vikings’ Week 1 loss to the Packers.

The secondary had few bright spots as Aaron Rodgers picked apart whomever the Vikings had on the field, but Dantzler was often in position to make plays and finished as the team’s top-performing corner, per Pro Football Focus.

Baptized by fire in his NFL debut, Dantzler is expected to continue to make strides, but his Week 2 status is now in question. Dantzler landed on the Vikings’ injury report both Wednesday and Thursday and has yet to practice with a rib injury.

First-round rookie cornerback Jeff Gladney and second-year wide receiver Bisi Johnson were both listed on the injury report with knee injuries but were full participants in practice. Gladney is still recovering from meniscus surgery and saw limited action last Sunday, playing nine snaps on defense and six on special teams. He could be in line for more action if the Dantzler does miss Sunday’s game against the Colts.

Dantzler will need practice in at least a limited capacity on Friday to improve his status against the Colts. 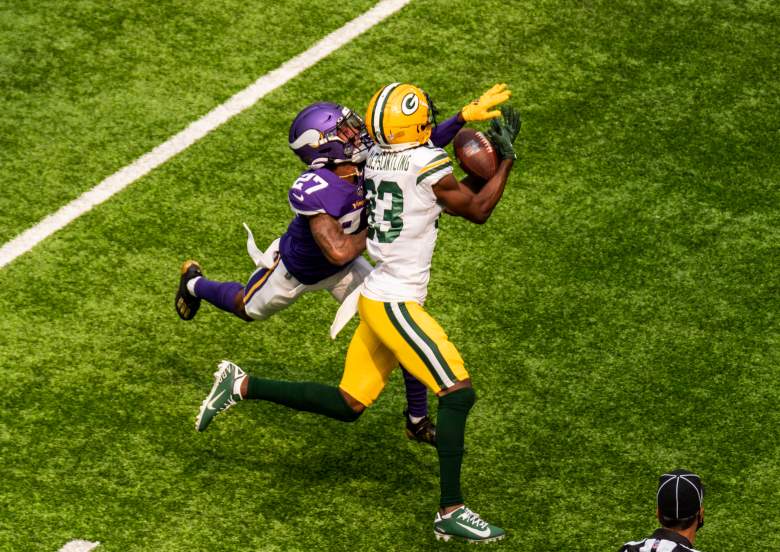 GettyThe Vikings defense was expected to see its bumps and bruises early in the season.

Coach Mike Zimmer’s defense had a historically poor performance to open the 2020 season, giving up the second-most total yards of offense (522), the most time of possession (41:16) and the most points in a single game (43) since Zimmer took the reigns of the franchise in 2014.

Dantzler, who gave up seven catches on seven targets for 81 yards, including a 41-yard touchdown to Marquez Valdes-Scantling before halftime said in a press conference that it “was a blessing” to have his first career start against Rodgers, adding that while playing cornerback “you’ve got to have a short-term memory.” He insisted the defense will have a bounceback performance in Week 2.

“The defense, we’re going to bounce back without a doubt. We’re going to put this game behind us, getting ready for Indianapolis,” Dantzler said this week. “My performance individually, I feel like I played a good game for my first game as a rookie, but it could have been better. I missed like two tackles here and there, gave up a touchdown. But I still haven’t lost my confidence, and I just have to move forward and continue to prepare for the other guys I’ll be facing.”

Zimmer: ‘I Can Do a Better Job With Them’

It’s become a trend that the Vikings under Zimmer have one dud on defense in a season. The loss absolutely should raise alarms for fans but it was not unexpected to see the defensive unit replacing five starters — three at cornerback — on defense to go through its struggles early in the season.

In a press conference, Zimmer said Dantzler “had some good moments in there. It gets overshadowed on the long one right before the half.”

“We’ve still got to work technique,” Zimmer said, adding there were alignment issues. “I can do a better job with them.”

The Vikings defense will look to play more complementary in Week 2 as only Eric Kendricks and Harrison Smith had Pro Football Focus positional grades of above 60.0.