The Vikings have reeled in a homegrown linebacker in free agency following Saturday’s 53-man roster cuts.

A native of Eden Prairie, Minn., linebacker Ryan Connelly was a projected starter for the Giants but was cut on Saturday and claimed off waivers by the Vikings on Sept. 6. Connelly was considered the biggest surprise cut of Giants training camp. He was inactive against the Packers as he had less than a week of experience with the team but could be on the 53-man roster against the Colts on Sunday.

He had 20 tackles, two interceptions and one sack in four games last season as a rookie before suffering a torn ACL in his right knee. After his body of work in 2019, he was projected as a starter this season. Connelly missed five straight practices early in camp but appeared to return to form in recent practices — although, it wasn’t enough to impress a new coaching staff with the Giants, per The Athletic’s Dan Duggan.

Connelly Comes From a Winning Pedigree 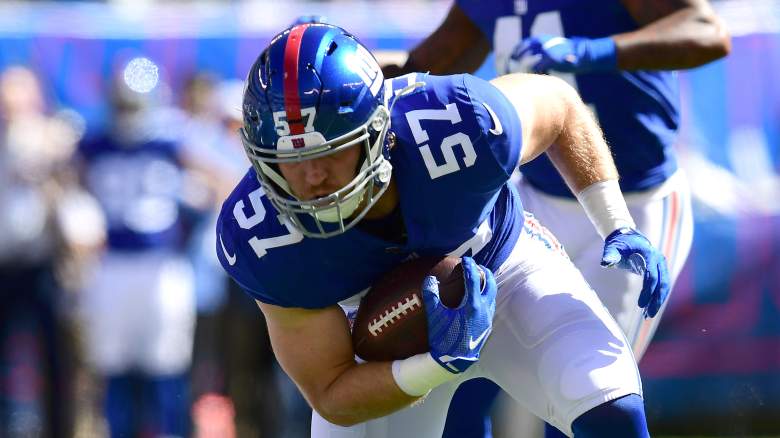 Mike told the Pioneer Press’ Chris Tomasson that Connelly looked good last summer after the ACL tear, saying that “he worked out super hard all summer at Eden Prairie…he was 100 percent…looked good and quick.”

“He’s always made plays and that’s what you want out of somebody… Let’s hope he’s going to make those plays for the Vikings,” Mike added.

Connelly was a walk-on at Wisconsin and earned a scholarship after redshirting in 2014. He played in 52 games, making 26 starts at inside linebacker, and race king up 251 tackles, 6.0 sacks, 29 tackles for loss, two forced fumbles and two interceptions. His 2018 Badgers class went 42-12 in its career, including a 4-0 bowl record.

Connelly was a Butkus Award (given to the nation’s top linebacker) semifinalist and a semifinalist for the Burlsworthy Trophy, awarded to the most prolific FBS college football player who was a walk-on.

He was drafted in the fifth round of the 2019 NFL Draft.

The Vikings addressed depth at linebacker with adding Connelly. If he has returned to form, he could see some playing time on defense behind third linebacker Eric Wilson as both linebackers can tackle in the box and play in coverage.

He’s a strong candidate for a special teams role out of the gate as the Vikings are down special teams linebacker Cameron Smith who had heart surgery this offseason.

Starting weakside linebacker Ben Gedeon was placed on the physically-unable-to-perform list on Saturday and will be out at least the first six weeks of the season.

Fourth-round rookie Troy Dye will also be in the mix for some playing time both on special teams and defense.