Getty Todd Davis was signed by the Vikings on Thursday.

The Vikings have patched up their linebacker unit following the loss of Pro Bowler Anthony Barr, who suffered a season-ending pectoral injury last Sunday against the Colts.

Todd Davis, a former Broncos linebacker who won a Super Bowl with the team in 2015, signed a one-year contract with the Vikings and is expected to practice with the team on Thursday, per Pioneer Press reporter Chris Tomasson.

Davis played in 59 of the past 60 games for his former team, starting in all but one of those games since 2016. Davis coming off his best two seasons as a pro, tallying one interception and eight passes defended to go along with 158 total tackles — 12 for a loss — and six quarterback hits.

Davis went undrafted in 2014 and had a short stint with the Saints before being signed by the Broncos. Under the tutelage of Wade Phillips and veteran talents like Danny Trevathan and Brandon Marshall, Davis emerged as a starter in 2016. Offensive coordinator Gary Kubiak likely advocated for Davis as the Broncos head coach in 2015 and 2016. In 2016, Davis was named a team captain by Kubiak.

The Vikings defense gave up 151 rushing yards to the Colts last Sunday and are ranked 28th against the run. The addition of Davis should give the run defense a boost but there is still some work to be done. 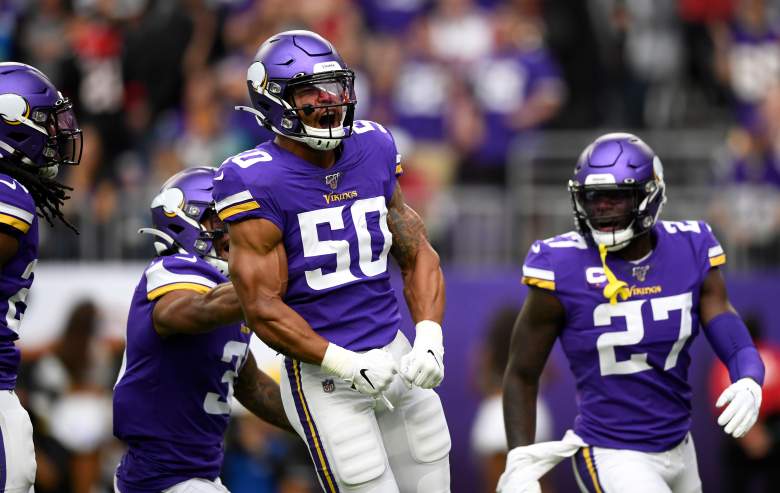 GettyEric Wilson is expected to move to outside linebacker as the true Anthony Barr replacement.

Wilson, entering his third season, will slide into the starting outside linebacker position vacated by Barr. The Vikings are continuing to tinker with the lineup to find the best ways to pressure the quarterback and Wilson could prove to be better than Barr this season.

In 2019, Wilson’s 66.7 PFF grade ranked 24th out of 89 linebackers and solidly ahead of Anthony Barr’s 56.3, per Ragatz. He’s proven productive as a pass-rusher, tallying five sacks in the past two seasons.

Wilson has also impressed in coverage, trailing only Anthony Harris, Harrison Smith, and Eric Kendricks in PFF coverage grade last year — that comes amid some struggles at cornerback last season which resulted in the Vikings letting all three starting corners walk.

The weakest part of Wilson’s game is stopping the run which was the role he was pegged with after Ben Gedeon went on the team’s physically-unable-to-perform list. Wilson will have the opportunity to thrive in a position that compliments his talents at outside linebacker.

Loading more stories
wpDiscuz
0
0
Would love your thoughts, please comment.x
()
x
| Reply
He was a member of the 2015 Super Bowl-winning Broncos.