NFL owners officially passed a rule on Wednesday that will undoubtedly result in many of the league’s most popular players changing their jersey numbers.

The approved proposal adjusted restrictions on which numbers each position group can wear.

The hype surrounding the rule change? Skill players, defensive backs and linebackers can all wear single digits now — leaving many stars considering changing their jersey number and fans up in arms about the possibility of needing to buy new jerseys.

Minnesota Vikings cornerback Cameron Dantzler, the top-rated rookie cornerback in 2020 by Pro Football Focus, has considered switching from his current number (27) to his college jersey number (3).

In a compromise with fans who believed in the 2020 third-round pick, Dantzler tweeted that he’d sign any No. 27 jerseys if he does change numbers.

The latest Vikings news straight to your inbox! Join the Heavy on Vikings newsletter here!

Number Changes May be More Costly Than Players Think

Numerous players have hinted they’d like to change numbers, but when considering the financial losses or brand awareness surrounding their current losses, it may deter players from switching.

ESPN’s Kevin Seifert raised a caveat to switch numbers this year that would require players to buy out existing inventory from jersey distributors, which could prove too costly for players on rookie contracts specifically.

Players can file a notice of a number change for the 2022 season ahead of time and avoid having to buy out their old numbers.

The rule change was proposed by the Kansas City Chiefs who ran into issues rostering players several times last season due to the expanded 16-man practice squad and having to navigate around retired numbers.

Many other Vikings stars have shown public consideration for switching numbers.

Dalvin Cook, who currently wears No. 33, shared a jersey edit of him wearing No. 4, his college jersey number at Florida State, with the caption: “Wake that monster up then! Got it on my chest anyway!”

Fans have speculated that Justin Jefferson, who wore No. 2 his senior year at LSU, could also switch from No. 18.

Incoming veteran cornerback Patrick Peterson (who the Vikings have not announced his number yet) has also suggested he’d like to switch to No. 7, which 2020 seventh-round quarterback Nate Stanley currently wears. Neither Browning or Stanley have played a snap in a regular-season NFL game yet in their careers, so potential number trades could likely be arranged.

Nothing Was Ever The Same. #FBF
@LSUfootball #TheDecision #7Era pic.twitter.com/6x1ZMO2n9Q

Eric Kendricks also got in on the action and polled fans if he should switch numbers. 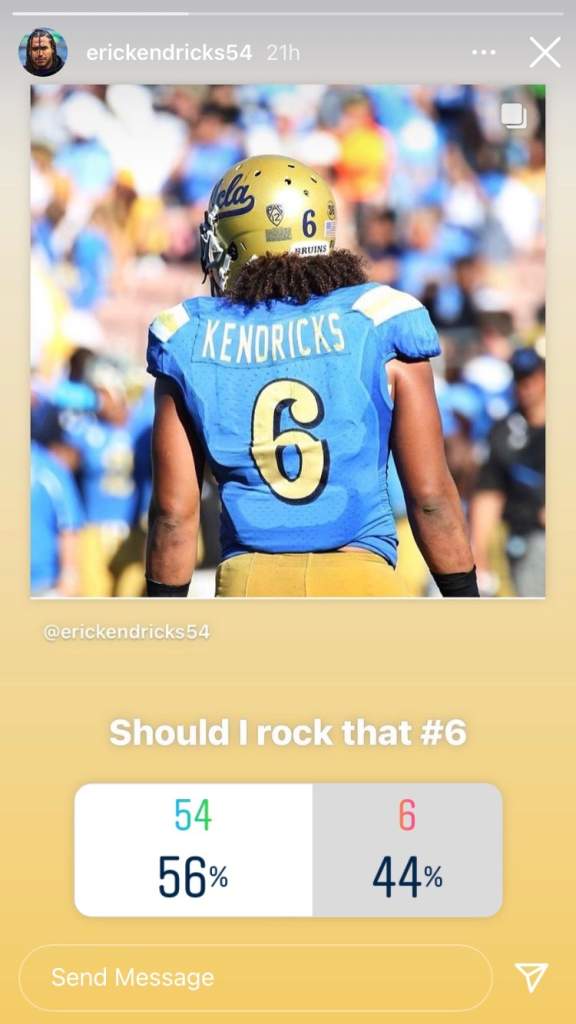 There are still many wrinkles in respect to the current rules that players need to consider when switching, however, with the approval, there could be a wave of number changes headed our way.