Getty George Iloka was named a free agent the Vikings need to let walk in 2021.

Amid a massive news day for the Vikings came a quiet development that will thrust another rookie into a larger role.

The Vikings announced that veteran safety George Iloka will be placed on the injured reserve list on Thursday after trading defensive end Yannick Ngakoue and news broke that Danielle Hunter will undergo season-ending surgery for a herniated disc in his neck.

The #Vikings have placed S George Iloka on IR. pic.twitter.com/UW5UCv4tR2

The Star Tribune’s Andrew Krammer reported that Iloka tore his ACL on Wednesday, the last Vikings practice before the players’ bye week. Iloka was a contributor on special teams and a versatile piece of the secondary who could backup both strong safety Harrison Smith and free safety Anthony Harris.

Josh Metellus, a sixth-round draft pick from Michigan, will now likely be elevated to the No. 3 safety spot behind Harris and Smith. Metellus has played three defensive snaps this season but has acclimated to the NFL game speed, playing 87 snaps on special teams.

Luther Kirk, who was added to the practice squad from free agency after he was released by the Cowboys, will likely be activated to the 53-man roster. 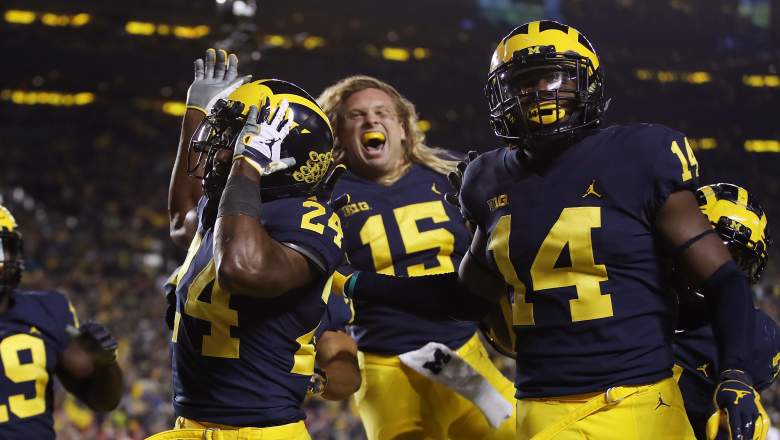 GettyJosh Metellus (14) will be the No. 3 safety on the Vikings roster following Iloka’s injured reserve designation.

While Metellus made 37 of 3 starts at safety in his college career, he was accustomed to lining up all over the field. He took reps at outside linebacker, both safety spots, outside corner and slot corner.

“At the end of the day, I just want to be able to get on the field,” he told local media after he was drafted. “That’s the biggest thing – I’ll be able to come in and do whatever the coaches ask.”

Metellus was a top performer at the combine in February, testing in the top 10 of several categories.

His 20 reps of 225 pounds on the bench press were the fourth-most among safeties. His 36.5-inch vertical ranked sixth and his broad jump tied for 10th. He also clocked a 4.55 40-time which ranked 11th among safeties.

Metellus is one of 10 drafted rookies on the Vikings’ active roster.

While shipping Ngakoue, who is tied for the fourth-most sacks in the NFL with five, to the Ravens, general manager Rick Spielman declined to acknowledge that the team seems to be entering rebuilding mode.

When asked if he’d be willing now to commit to rebuilding after the team halfway bought into another winning season with the acquisition of Ngakoue in Week 1, Spielman’s response was another iteration of his confidence in the team he built.

No, our goal every week is to go out there and win football games. You have to balance out both. I still think we have a very talented team, we have a lot of talent on this roster. I know the situation that came up today — the trade — gave us an opportunity to look long-term and to add more draft picks as we continue to build this roster.

But also from the short-term standpoint, I’m excited to see this team continues to grow and to see these young guys we’re playing, especially on the defensive side, continue to get better.

I know we have some explosive playmakers on the offensive side. So, you know our biggest way we win games around here is time of possession. When we control the clock and when we’re running the ball and controlling the clock, we’ve pretty much got an opportunity to win most of the games regardless of who we’re playing. I know that’s the formula for how we’ve won in the past and how we’ll continue to win going forward.

Loading more stories
Amid a massive news day for the Vikings came a quiet development that will thrust another rookie into a larger role.