Rodgers, who has faced Zimmer in 12 regular-season games since 2014 has developed amicable respect for the defensive guru who has developed a Rolodex of defensive looks aimed at flustering opposing QBs.

After Zimmer’s first buffer year, His defense has averaged three sacks a game on the future Packers Hall of Famer since 2015, but after a sluggish 1-5 start to the season — which included getting skunked by the Packers in Week 1 — Zimmer is speculated to be in the hot seat.

“To see him mentioned on the hot seat in the league is absolutely crazy,” Rodgers said. “I think he’s one of the best coaches in the league and has been for a long time. They don’t all give you the trouble and the scheme that Mike does. I have a lot of respect for the way he coaches and the way he especially coaches defense.” 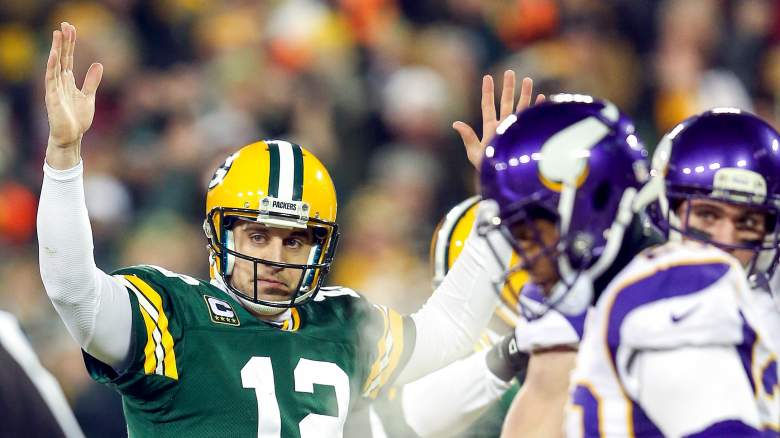 Rodgers has lauded Zimmer in the past, but there’s clearly been a change in Zimmer’s defense.

Rodgers’ comments on Wednesday align with a similar quote he gave in 2019, referring to Zimmer as “one of the best coaches in the league” and a “tactician on defense.”

But this year’s season opener proved to be the smoke signal that Zimmer’s once-vaunted defense was gone and that it isn’t as simple as a plug-and-play, next man up mentality.

Week 8 Could Get Worse

The 2020 season has become an embarrassment for what was once one of the league’s most respected defenses. The past offseason, injuries and opt outs have all played a factor as the Vikings parted ways with five longtime starters.

Season-ending injuries to Pro Bowlers Anthony Barr and Danielle Hunter, along with newly acquired nose tackle and Linval Joseph-replacement Michael Pierce put this group in a rut before they could even get out the gate.

And yet somehow, the Vikings are even more depleted after their bye week. Lead pass-rusher Yannick Ngakoue was traded to the Ravens after a six-game stint with the Vikings during the bye week.

As of Thursday, the group has three cornerbacks either non-participant at practice or limited in Mike Hughes, Holton Hill and Kris Boyd. Rookie Cameron Dantzler was placed on the COVID-19 reserve list on Wednesday as the group is down to only first-rounder Jeff Gladney who has reliable playing experience this season.

The Vikings have activated Mark Fields II from the practice squad and added former Cardinals cornerback Chris Jones just to field a group for practice. Both have a strong chance to dress and see significant playing time along with rookie Harrison Hand in the event none of the regulars return to practice on Friday.