Getty Pat Elflein was released by the Vikings on Saturday.

The Vikings‘ struggles at right guard this season were exacerbated when veteran starter Pat Elflein suffered a torn thumb ligament and was placed on the injured reserve list in Week 2.

Elflein, a 2017 third-round pick, was activated off the injured reserve list on Friday after he received thumb surgery, however, the Vikings made a statement that they are ready to move on from Elflein.

“The veteran now goes on waivers. Just off IR, he’s healthy now and this gives him the opportunity to get some real playing time elsewhere,” Rapoport added.

The release of Elflein is a major vote of confidence for rookie Ezra Cleveland, who replaced backup right guard Dru Samia after Samia suffered a wrist injury. Releasing Elflein will save the Vikings $878,000 in cap space for the rest of the season, the Star Tribune’s Ben Goessling reported. 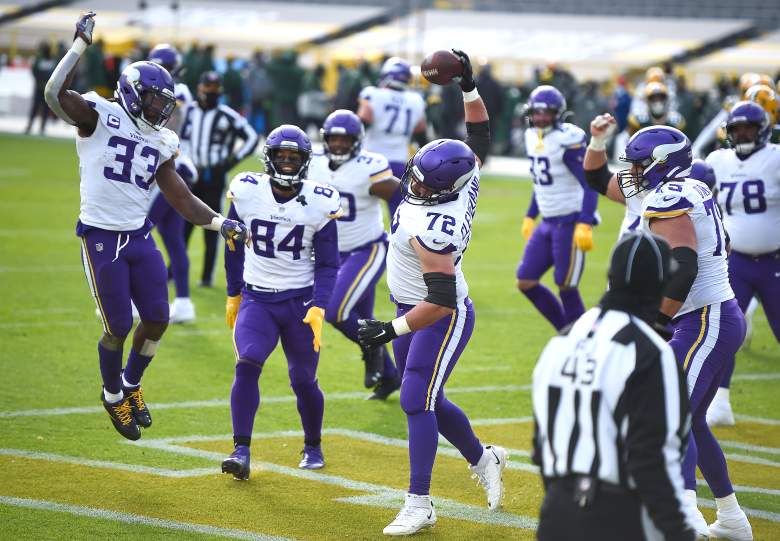 GettyAfter a strong showing in his past two games, rookie offensive lineman Ezra Cleveland (72) has laid claim to the starting right guard job.

Cleveland shining in his past two games was likely the biggest factor in the release of Elflein as the Vikings’ release of their former draft pick was a move made in faith of Cleveland.

Drafted No. 58 overall in the 2020 NFL Draft, Cleveland struggled in his first career start against the Falcons, allowing five pressures, but has helped the offensive line and Dalvin Cook win back-to-back NFC Offensive Player of the Week awards since. The unit has totaled 448 rushing yards over the past two games and is currently the top-ranked run-blocking offensive line in the league.

The second-round pick was drafted as the Vikings’ potential left tackle of the future, but after Riley Reiff took a pay cut and is making a case for his future the franchise, Cleveland is looking more and more like a mainstay at guard for at least the remainder of the season.

Against the Packers, Cleveland put together the sixth-best single-game performance by a Vikings guard since 2016 with an 81.1 Pro Football Focus position grade for the game, per InsideTheVikings reporter Will Ragatz.

His performance deservingly earned him a touchdown spike in the end zone, a reward Cook has continuously offered to his blockers over the course of the team’s two-game turnaround since the bye week.

Ezra Cleveland against the Packers:

We found our guy #SKOLpic.twitter.com/wT6gY4Iupy

Cleveland has allowed seven pressures, one sack and zero penalties through his first three career starts, compared to Samia’s 13 pressures, three sacks and four penalties, through three games this season.

Was it the Right Time to Release Elflein?

Elflein’s release was inevitable, however, the severing of ties in the middle of the season does raise questions about the Vikings’ contingency plan if — knock on wood — Cleveland gets injured.

Samia looks in the line for backup reps in Cleveland’s stead. The Vikings will likely elevate practice-squad interior lineman Brett Jones to the active roster.

Jones, a seven-year veteran, was kept on the practice squad specifically for his veteran experience at both center and guard.