Getty Rick Spielman addressed the decisions to release two first-round cornerbacks this past offseason and the future of the position.

During the bye week, Vikings general manager Rick Spielman addressed many of the looming questions hanging over the franchise that was once considered a Super Bowl contender but has since sunk into NFL obscurity with a 1-5 record.

The trade of Yannick Ngakoue to the Ravens on Thursday signaled that the Vikings may have given up on the season and are entering a rebuilding state that Spielman continues to downplay.

“These are always difficult decisions, Spielman said. “Part of my responsibility overseeing the football operations is to not only look at the short-term goals but the long-term goals as well.”

“This was an opportunity that I felt would accomplish both the short and long-term as we move forward,” Spielman added. “But these decisions aren’t easy to make.”

The results of the Ngakoue trade; moving back roughly 50 spots in draft compensation after giving the Jaguars a second-round pick for Ngakoue and receiving a third-rounder from the Ravens.

Essentially, the Vikings hadn’t given up on the season when learning Danielle Hunter would miss significant time this season and made the move for Ngakoue for a one-year rental. But after six games, the Vikings are more in the running for a high draft pick than a playoff berth, leaving fans in limbo with how the franchise will move forward.

‘I Don’t Think Anyone Has Lost Faith in Kirk Cousins’ 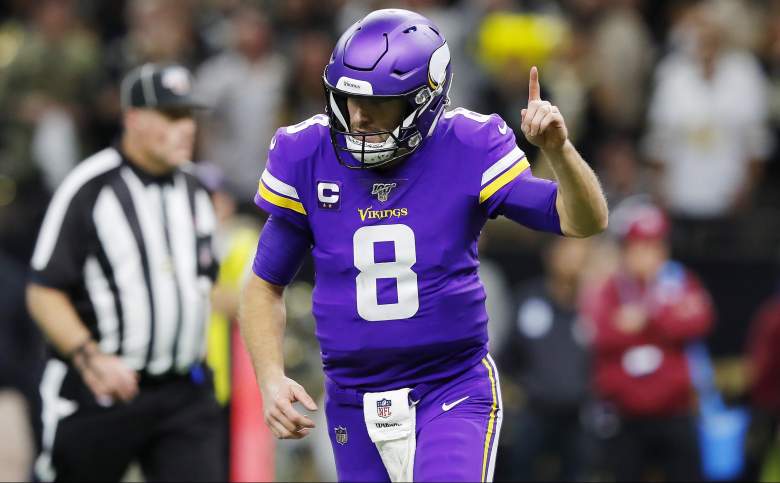 When asked about the decision to re-sign Kirk Cousins to another two years, Spielman pivoted from the narrative of Cousins being a financial drain and instead mentioned the other talent the franchise was able to lock up this offseason.

“When we evaluated Kirk coming off what he did last year, he had his best year in the NFL,” Spielman said. “Coming back in the same system and us being able to renegotiate and extend that contract gave us some flexibility from a cap standpoint to go out and get a Mike Pierce [who opted out due to COVID-19]… to do an extension with a Dalvin Cook and some of the other things we were able to do in the offseason.”

Cousins has since reverted to his rookie self, explaining one of his interceptions against the Falcons was a “Year 1” mistake. He currently leads the league with 10 interceptions and threw away both the Falcons and Colts games to the opposition, combining for six interceptions in those two games.

“You just kind of have to go back and look at the big picture,” Spielman said. “But I don’t think anyone has lost any faith in Kirk Cousins. I expect him to come back after the bye week and play well for us.”

Spielman Will Not Commit to a Full Rebuild

Spielman had some telling words with how he views the team he’s built by acknowledging the offense and the shiny stars in Adam Thielen, Justin Jefferson, Irv Smith Jr. and Dalvin Cook.

However, neither the offensive nor defensive lines have come along, the secondary is still suffering its growing pains and the situation is not improving with the potential need to ship off more veteran players to create cap space for next season.

It all comes back to Cousins’ inflated contract that ties the Vikings’ hands, yet Spielman was unwilling to say his team is entering a rebuild with his job security likely in question.

Here’s just a piece of his lengthy filibuster when asked his reasoning for not using the term:

Look at some of the things that we have done. We’ve got two pretty good receivers, we’ve got a pretty talented tight end situation. You’re seeing Irv Smith and some of the playmaking ability that he has. When you have probably, if not the best, one of the top running backs in the league and what a special playmaker he is. So I don’t know if you call that a rebuild or not.

But you always know what you have and we want to win as many games as we can and that’s going to be our objective for the year, but also, when you ahve an opportunity to continue to add — I mean, with the 15 draft picks, you’re seeing most of them actually having to plasy right now because of someo of the injuries and situations tht we have.