Getty Brad Keselowski will reach an important milestone in 2023.

The 2023 NASCAR Cup Series season will be significant for Brad Keselowski. The RFK Racing driver-owner will hit a big milestone midway through the 36-race schedule.

Keselowski will enter the 2023 season with 485 career Cup Series starts. This puts him 49th on the all-time list, just behind former Coca-Cola 600 winner Casey Mears (489). Keselowski will pass Mears, Wendell Scott (495), and Neil Castles (498) while competing in his second season with RFK Racing and then he will hit 500 career starts.

When will Keselowski hit this important milestone? It will be during the 15th points-paying race of the season, which means that he will celebrate 500 starts as he takes on the World Wide Technology Raceway on Sunday, June 4.

Keselowski Has Been Full-Time for 13 Seasons 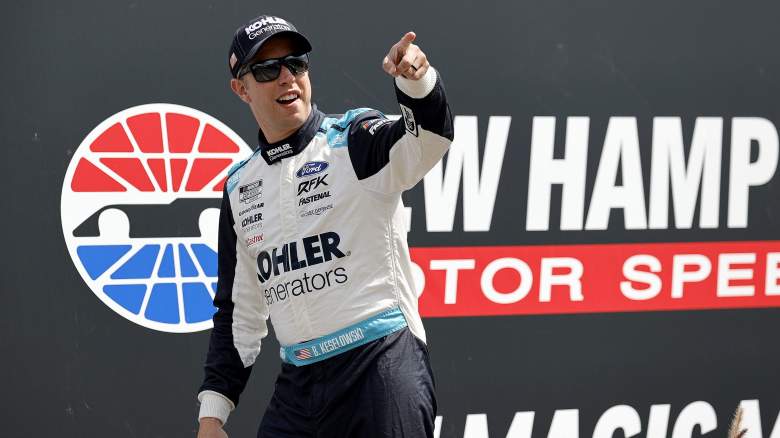 The Michigan native has been associated with Ford Performance for the majority of his career, but he made his NASCAR debut with another manufacturer.

Keselowski took on the top level of NASCAR and drove Hendrick Motorsports Chevrolets during the final two races of the 2008 Cup Series season. He actually attempted to make his Cup Series debut earlier in the year, but he failed to qualify for the Bank of America 500 at Charlotte Motor Speedway.

Keselowski took on another part-time schedule in 2009 while primarily focusing on pursuing wins and the battle for the championship in the Nationwide Series — now Xfinity Series.

You never forget your first Cup win. I’ve been in love with @TALLADEGA ever since. pic.twitter.com/9vJkRTJB2E

He made 15 starts in 2009 split between Hendrick Motorsports, Team Penske, and Phoenix Motorsports. He only posted four top-10s while continuing to gain experience, but he also captured his first career Cup Series trophy while driving the Phoenix Motorsports entry at Talladega Superspeedway.

Keselowski moved up to the Cup Series full-time in 2010 with Penske, and he has remained at the top level of NASCAR ever since while adding another 34 wins to his total, as well as the 2012 championship. He also captured the 2010 Nationwide Series championship while pulling double duty each week.

Keselowski Still Has Goals to Pursue in 2023

There is no denying that Keselowski has achieved a lot in his career. He has a Nationwide championship and a Cup Series championship to his name. He also has 75 trips to Victory Lane across the three national series, which includes Crown Jewel wins at Darlington Raceway, Charlotte Motor Speedway, and Indianapolis Motor Speedway.

Keselowski has achieved success, but he still has many more goals to pursue. Chief among them is getting RFK Racing into championship contention. He made this clear when he joined the organization ahead of the 2022 season, and he has continued to reiterate this message ever since while discussing the highs and lows of his inaugural season.

One key moment was before Keselowski’s first start in the No. 6 Ford Mustang. He tweeted out a list of goals for the season, which included getting both RFK Racing cars into the playoffs. They were unable to achieve this, but the team kicked off the year by sweeping the Duels at Daytona. Chris Buescher also won his first race since the 2016 season.

Two of Keselowski’s other goals are on a personal level. He has made it clear that he wants to win the Daytona 500, which would be the final Crown Jewel missing from his collection. Achieving this would only add to his legacy as a driver.

Additionally, Keselowski wants to win a race that has a personal meaning to him. He wants to capture a Cup Series race at Michigan International Speedway. He was born less than two hours away from the two-mile track, so every event there has a hometown feel to it.

Keselowski will continue to pursue all of these goals — and many others — as he returns to the No. 6 Ford Mustang for the 2023 season all while moving closer to 500 career Cup Series starts.