Facebook hosted an event at its headquarters in Menlo Park, CA to show off the redesign of its new “news feed.” The company announced that the new look will appear as a personal newspaper, and will be more visual than the feed it has now. The news feed was redesigned so that people could have more things to do while on Facebook. Here are the top 10 facts you need to know about Facebook’s new news feed.


(Photo Credit: Facebook)
CEO Mark Zuckerberg revealed that the news feed is the most important service Facebook offers. The design will make people feel more connected to the people they care about, and to the things they love.

2. Facebook’s New News Feed Will Be a Personalized News Paper


According to Zuckerberg, the best personalized newspaper should have a variety of content including, social and local updates from friends and family.


3.The New News Feed Will Have Multiple Feeds


There isn’t one news feed for the things you care about. Based on your interests, you can look at different news feeds. Facebook has added an All Friends Feed, Music Feed, Photos Feed and Followers Feed. The All Friends Feed will let you see what’s happening in chronological order. The Music Feed will show you when concerts are happening in the area, and will let users know when an album is being released. The Following Feed will show pages and updates from people they “like.”

4. You Can Toggle Different Feeds

There will be a way to toggle through various feeds. For example, if you want to browse a feed that shows just photos or music, all you have to do is toggle to that specific feed. When the mobile app is available, you will be able to swipe down to change to the next feed.

5. Your Friends Can See Exactly Where You Are

Some other changes made to the news feed design include a large map to check into places, which will broadcast to your friends exactly where you are. If your friends share Pinterest posts on Facebook, they will be more vivid. What you see on Pinterest should mirror back to Facebook.

6. Photos Will Be More Visual


Julie Zhuo, director of design, announced, “We are putting the photos front and center so they are more visual and more immersive.” Maps and news articles will also appear with cleaner with large photos. You will also be able to go through your photos straight from the news feed. According to Zuckerberg, photos make up 50% of the content that’s posted on Facebook. The new news feed will reflect that.

7.You Can See Where a Post Came From Without Clicking on a Link


When you share a link to a news story, it will appear with a larger thumbnail, a description, and will show the headline in a different font, making it more noticeable. The logo of the media outlet will also appear in the bottom right hand corner. This will allow users to know where the post came from without the need to click on the link.

8.You Can Skip Content From Businesses
Thanks to Facebook adding the Friends-Only Feed, users will have more choice on what type of content they want to see, and who they want to see it from. With the new news feed, you can decide on if you want to see content from businesses. Although businesses probably won’t like that, this option will give users a much better experience.

9.Facebook’s New News Feed Will Be Rolling Out Today


Facebook will be rolling out the new news feed starting today. The company will be deploying the newsfeed to smartphones and tablets over the next few months.

10. You Can Sign Up to Get the News Feed Now


If you want to try out the new news feed, you can join the wait list. 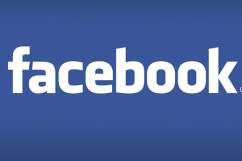