Taiwan-based news site Digitimes is reporting that the iPad 5 will launch this september. Here are five fast facts you need to know.

1. Production Is Supposedly Planned Between July And August

Apple is planning to begin production of the fifth-gen tablet at some point this month or in August according to the Digitimes. The site claims that shipments will accumulate to five million units for the third quarter. They cited that demand will increase for the iPad 5 to cap at 8 million units because of seasonality for this year. Ultimately, the large amount of units is meant to prepare the company for appropriate distribution. Digitimes obtained these figures from alleged “supply chain” sources, but the Taiwanese tech site has rarely been a reliable source. They seem to be a constant rumor mill for Apple products.

2. iPad Mini 2 May Arrive in November

The second version of the miniature tablet may be delayed. While the focus seems to be on the fifth generation, the iPad Mini 2 could be pushed off to November. Another motivating factor for delaying the release is apparently the company’s desire to explore the technology meant for the rumored retina display. Supposedly, the new launch is expected to come at the end of the fourth quarter. Another possible factor could a deteriorating relationship with Chinese manufacturer Foxconn. The new technology the company hopes to incorporate has been become a difficult process, which would make sense for the delay of fifth iPad, but the mini should be held off more, especially when they want to experiment with it.

3. iPad 5 Features Have Not Changed

The release date for tablets has a big question mark hovering over it, but the features have not seemed to change much with this new report. The iPad 5 may have a slimmer bezel and an improved battery life compared with its predecessor. The most notable addition will be a design similar to the iPad mini. Possible prototype cases were leaked earlier this year, indicating that the rumors of a slimmed down version may be accurate. The iPad 5 could also still have the A7X processor if the iPhone 5S doesn’t arrive first. Apple wants to boost the annual six month cycle it takes for its products to get on the market, but they should be able to make this their focus. Other features that it may include could be a reduction of LED lights to illuminate the retina display from two to one.

4. The Mini Should Not Come Out This Year

While Apple has done simultaneous product launches before, this may not be a good idea this time around. The mini should arrive on the market after the iPad 5 has matured and makes a dent in sales. If they want the iPad Mini 2 to become the revolutionary tablet they hope for, all its features need to be incorporated perfectly. Tim Cook and his staff already have iOS 7 and a rumored iPhone 5S on the way. With so much already on their agenda, one product is bound to literally pay the price for it.

5. Digitimes Is Tough to Trust

The tech site is infamous for having a spotty track record when it comes to the computer company. They tend to focus on speculation instead of relying on concrete evidence. However, many of the items mentioned in their article are rumors that have appeared on more reliable tech sites. From a business perspective, it would make sense for the tablets to be reshaped and molded into something new. Despite this, the release dates have fluctuated constantly throughout the year. The public will never know when the actual items will appear unless Apple announces it. Of couse, Digitimes could end up being accurate about these reports, but they will remain rumors until we get more information. 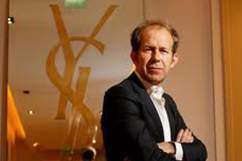