Samsung is diving into the developer game. The company sent out email invitations this morning and created a website dedicated to a major developer conference. It’s hard to tell what exactly the conference will entail. Samsung’s invitation promises that attendees can “engage with industry leaders. Collaborate with fellow developers. Learn about new Samsung tools and SDKs.”

According to Mashable, the focus of this two-day event could be product interfaces. Samsung’s competitors already delve into these gatherings to improve their programs and devices. It makes sense that the consumer electronics titan would venture into this territory since they have a large selection of products. The Samsung Experience shops could give this theory some credibility. Their mobile products have limitless potential for interfaces.

Another motivating factor could be possible tensions between Google and Samsung. This may be an attempt to cut out the middleman when producing new devices. Although both organizations have been collaborating on an alternative mobile operating system, the likelihood these two are feuding is unlikely.

Essentially, this is an excellent strategy by Samsung. Its focus on mobile could help build its reputation as a tech titan. AllThingsD notes that the idea of multi-device interfaces is more likely to happen for Samsung than ending their relationship with Google. The South Korean firm also may be seeking to expand its presence across North America. Full registration details are expected to be announced later this summer. 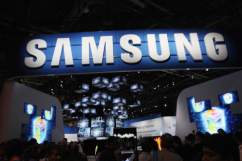 Read More
Google, Mobile, Samsung, Smartphones, Tablets
This could be part of strategy to expand its presence in the U.S.