The movie-going experience is sacred for many people. Mandatory silence is standard for the viewing experience as the lights dim and the film starts. The chirping of a ringtone is all it takes sometimes to snap the audience out of their reverie as they watch the story unfolding in front of them.

Challenge these conventional expectations, ex Google employee and current venture capitalist Hunter Walk has better ideas on how to enjoy going to the multiplex. In a blog post published yesterday, the exec divulged a series of desires to enhance the silver screen with a second screen experience.

He’d love to be able to have more wi-fi to live tweet. Walk wants to be able to browse through the cast list or focus on his work while Superman soars through space.

The Vassar grad insists that the second screen option would entice younger customers. Despite this, he was met with some skepticism from quite a few people. The Dissolve’s Matt Singer refutes Walk’s ideas, saying the theater experience is sacred and people who want to surf the web should watch at home.

Many people still value the peace and quiet that envelops them in a theater. Being able to do all of these actions essentially eliminates the purpose. It’s hard to enjoy viewing giant robots duking it out when a computer tech is playing Candy Crush next to you.

The Alamo Drafthouse chain of theaters is notorious for enforcing a strict “no noise” rule. Hopefully other franchises will adopt this soon. 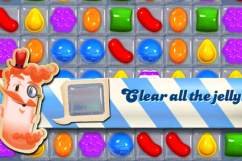 What is Candy Crush Saga?: Top 10 Facts You Need to Know