Motorola has announced a new plan to create a modular phone known as Project Ara. Here are five fast facts you need to know.

The smartphone maker wants to tap into these ingenious inventions to produce their own version of a modular phone. The purpose of this plan would be to make a “a free, open hardware platform for creating highly modular smartphones.” Motorola and Phonebloks have the same intentions for this endeavor according to the statement released by the company. They want to capitalize on the platform of easy customization and accessibility.

2. Motorola Has Begun Reaching Out To Developers

Phonebloks can help improve the customer experience when it comes to these phones considering the adjustable tools will enable quicker repair. The Google owned hardware maker has already begun its outreach to developers in order to get this off the ground. With an Alpha developers kit planned for release this winter, people can sign up to become an Ara scout in order to spread the word.

3. Developers Will Have No Restrictions

This is a mockup of what the phone could look like. (Motorola)

The best part for developers is that they will have free reign when working on these modules. Building off the “endo” or exoskeleton of the phone, developers can use their skills to create anything they want! The examples the company provides range from producing a new type of keyboard or forming an intelligent app processor.

The most surprising reveal within the blog post was that the firm has been working on this idea for about a year. Written by Paul Eremenko, he reveals that his team met with Phonebloks creator Dave Hawkenns who shared a similar vision. They both wanted to build an open source device for the whole world.

5. Moto X May Have Inspired This

The Moto Maker website may have inspired the company to try using Phonebloks. (Moto Maker)

The new phone released by the company has a customization feature that could have sparked interest in this. The Moto Maker website gives customers the ability to enhance their gadget with a personal creative vision. No release date is expected for this new project but Motorola could position itself as the smartphone maker focused on pleasing its clients the most. 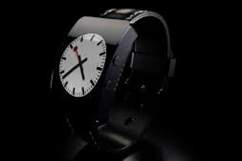