The Nexus 5 will have two different types of protective covers. (Google Play Store)

Google has uploaded quite a few accessories for the new Nexus 5. Google and LG wanted to try something new with this device so they decided to create a new line of full-protection shells for the phone. Taking a page out of Apple’s book with a multi-colored selection, the bumper cases wrap around the entire phone. They’ll cost an estimated $34.99.

The second selection is called the Quick Cover case. LG’s case has less of a color scheme opting for black and white instead of something more varied. The case is similar to its counterpart in that it completely envelops the phone. Unfortunately, the Quick cover cases are more expensive costing about $50. Both options are currently located in the Google Play Store but the marketplace lists it as coming soon. Once the Nexus 5 officially launches, customers can quickly grab one of these accessories. 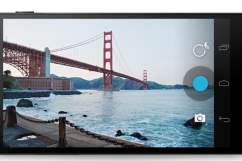