Google & Motorola may have created a creepy new way to talk on cellphones. A new patent application has surfaced for Motorola which involves a smartphone microphone embedded into your neck.

As if this wasn’t creepy enough, the patent application indicates how this gizmo would work. Apparently, it would pick up sound through “fluctuations of muscle or tissue in the throat”. The next phase would be transmitting the sound wirelessly to a device nearby. The company doesn’t exactly say how this procedure would go down. Applying a tattoo isn’t the most painless process so its unknown if this would be permanent or need to be reapplied. This comes a few weeks after the firm announced they would be testing a new modular smartphone for customers. This is still in the early planning process but I can’t see this one getting very far. 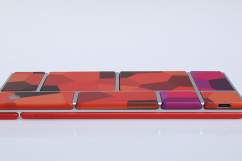