The Verge reports that Twitter is partnering with CNN and New York-based startup Dataminr on a Twitter News project: Dataminr for News. The project’s goal: help journalists cut through the clutter of real-time tweets to get at the heart of a breaking news story.

While Dataminr and Twitter have been partners since 2011, adding CNN into the mix has gotten many journalists and technophiles excited. Here’s what we know so far about this developing story.

1. The Project Is Big for Vivian Schiller, Twitter’s Head of News Partnerships

"It's like bionic vision for our reporters" http://t.co/1xcFUBuRER @Dataminr For News @CNN @TheVerge

Twitter hired Schiller back in October of 2013. Schiller has previously worked for NBC, NPR, the New York Times, and CNN. According to The Verge, the partnership is her first high-profile project since taking the position at Twitter.

Dataminr is an important part of this partnership equation. The Week reports that Dataminr was instrumental in quickly disproving a hoax about a White House explosion back in April (see video above). After the Associated Press Twitter account was hacked, a hoax about the explosion circulated quickly, affecting the stock market. The Week explains that Dataminr was able to send an alert about the veracity of the explosion story even before AP could get the word out that they’d been hacked.

TechCrunch reports that CNN has been using Dataminr for a little while now. CNN states that some stories Dataminr recently helped cover included the recent Maryland mall shooting (video above) and the “Obamacare” cupcake shop story.

SlashGear notes that Dataminr’s algorithms can track both breaking news and news that will have stock market impact. The Verge writes that until recently, Dataminr was mostly being used to help banks and hedge funds make fast investment decisions.

According to CEO Ted Bailey, “There is actually a very different set of algorithms that help us determine if information spreading on Twitter will move markets, as opposed to becoming a big news story. So it’s not a matter of more or less data, but of how the service is focused and tuned.”

5. Dataminr for News May Not Stay CNN-Exclusive

TechCrunch notes that Dataminr might be appealing to all news organizations, not just CNN. The appeal of Dataminr for News is that it tracks not only who first broke the story, but also analyzes how it gained traction. Engadget states that Dataminr for News will be available to all journalists in the future, not just CNN reporters. The price for using this service, which may be widely available by year’s end, is unknown. 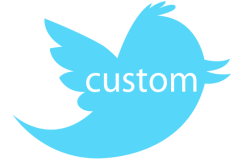 Custom Twitter Timeline: How to Create and Embed Your Own Feed