Everyone knows that King.com’s Candy Crush Saga is a money-making machine. So perhaps it should come as no surprise that King has filed for a $500 million IPO, according to Business Insider. Here’s what we know so far…

1. ‘Their Growth Numbers Are Insane’

According to Business Insider, “Their growth numbers are insane.” BI goes on to say:

It’s worth noting that several metrics actually show a tiny dip in Q4 vs. Q3 of last year, which might raise an eyebrow.”

The Bloomberg video above reports on the IPO, and notes that “you gotta be in on this action.”

According to BBC News, 78% of King’s revenue comes from Candy Crush Saga. King’s other games include Bubble Witch Saga and Papa Pear Saga.

3. King Has a Large Player Base

King, makers of Candy Crush, are about to take a man who's work they've stolen to court – http://t.co/Z49upqt7j3 #stopplayingcandycrush

According to the New York Times, King has has 128 million daily active users across all of its gaming titles. About 93 million of those users are playing Candy Crush.

4. King Is Worth Billions

BGR and other news outlets are reporting that King’s gaming empire is worth $5 billion. BGR adds:

“The likely trigger for King’s IPO was the better than expected success of its most recent game, “Pet Rescue Saga.” This app came under some criticism for being too derivative of “Candy Crush Saga” when it recently debuted, but it has turned out to be surprisingly lucrative for a knock-off. “Pet Rescue Saga” is a top-10 revenue generating iPhone app in 33 countries at the moment.”

The Bloomberg video above attributes the company’s success to the addictive nature of Candy Crush Saga.

5. There Are Concerns About King’s Business Model

Some investors are concerned that King’s business model could be an issue. The company’s games are all free. Revenue comes from players who opt to buy additional in-game items. According to Re/code, “4 percent of its users — about 12 million people — are regular buyers.” However, the transactions being made here are often just a few dollars at a time. 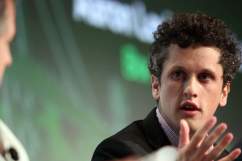 Box Filing for IPO?: 5 Fast Facts You Need to Know