According to Mashable, there’s yet another Twitter redesign on the way. But unlike the last redesign, this change to the profile layout might make inspire you to make some changes in your profile settings.

The new design has been compared to the look of Google+ and Facebook, and is designed to make photos and media pop. Here are some quick facts you should know about this major profile redesign.

1. You Should Change Your Header Photo

Even more reason to use Tweetdeck, Twitter redesign in progress. pic.twitter.com/UidnHLTVn5

In their report, Mashable warns Twitter users that they should change their header photo. As they explain it:

“The recommended header photo size in the test version is 1500 x 500 pixels, up from 1252 x 626 in the current design, so users with the new design will want to switch their picture so it doesn’t look stretched.”

2. Your Profile May Already Look Different

Mashable also notes that even Twitter users who don’t see the new profile layout on their own account may still be affected.

“Other profile pages viewed from an account with the new design are automatically made to look like this too. This means that even if your Twitter page isn’t a part of the test [other users] can see what yours will look like.”

Even if your profile looks “normal” to you, remember that other people viewing your profile may be seeing your tweets and images in the new layout format.

Twitter profiles are clearly in need of a refresh, but I’m not loving this approach http://t.co/FHbWPWmXA3

Like your custom background image? Too bad. Looking at one example of the new profile layout in action, Complex notes that “it seems the company is getting rid of these backgrounds for a standard light gray one instead.”

4. Your Profile Looks Boring Without Pics

I mean with a redesign like that there really is no point in Twitter sticking to a 140-character limit.

The Verge writes that:

“The tweet stream has been turned into a mosaic-view of tweets. The new profile highlights photo and video tweets, but notably removes any semblance of a chronological vertical ‘timeline’ from the profile.”

In essence, if you use Twitter for text-based updates and rarely share photos, your profile looks kind of boring and blocky. You might want to start sharing more photos to keep your profile looking dynamic.

Possible @Twitter redesign doesn't look easy to navigate for those of us with a high volume of tweets in our stream http://t.co/LIvjSsJI8G

CNET notes that some Twitter users have already posted tweets that protest the changes.

Tech blogs are also mocking the Twitter’s new look, with Gizmodo calling the changes to the layout, a “design that looks like the b****** child of Pinterest and Facebook’s unholy union.”

If enough people continue to talk negatively about the changes, or even threaten to leave the service, Twitter might change its tune about the redesign. 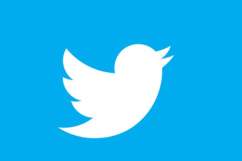