Apple has officially announced CarPlay. What is CarPlay, and how can you get a chance to try it out for yourself? Here’s everything you need to know.

1. What Apple CarPlay Is All About

Apple launches CarPlay, integrating your iPhone in the car with Siri voice control http://t.co/LxMnxWdM1e by @kaylenehong

Apple CarPlay was previously known as “iOS in the Car.” What CarPlay aims to do is provide a safe, hands-free way to use your favorite iOS features more easily in the car’s integrated dashboard. CarPlay will make it easier to use apps like Maps, Messages, Music, and of course, make phone calls.

Starting later this year, a group of select auto manufacturers will be releasing cars with CarPlay technology. According to Apple, the following manufacturers will debut CarPlay cars this year: Ferrari, Honda, Hyundai, Jaguar, Volvo, and Mercedes-Benz.

Additional car manufacturers will be debuting their own CarPlay models at a future, unspecified date. These makers include the following: BMW, Ford, Chevy, Kia, Mitsubishi, Land Rover, Nissan, Peugeot-Citroen, Subaru, Suzuki, and Toyota.

One interesting missing name from this list is Tesla. This omission seems a bit odd, given the recent talks between Elon Musk and Apple. The Bloomberg video above discusses this Tesla-Apple meeting.

3. CarPlay Automobiles Will Be Out Later This Year

According to the Wall Street Journal, select cars will have CarPlay compatibility from this year. Additionally, consumers and industry heads will get a sneak peek at the CarPlay interface from Ferrari, Mercedes-Benz, and Volvo at this week’s Geneva Auto Show.

You can learn more about Apple and Ferrari’s team-up in the Bloomberg video above.

Apple just made Ferraris the most expensive iOS accessories you can buy http://t.co/S5vnr12IGe

CarPlay cars are compatible with iPhone 5S, 5c, and and iPhone 5. Anything older than that appears to be incompatible at this time. It’s safe to assume that the iPhone 6, when it launches, will also be compatible.

5. How to Get CarPlay

According to the Verge, getting CarPlay will be pretty easy…at least, on your phone. They write:

“CarPlay will come as part of an iOS 7 update, and only iPhones with Lightning connectivity (iPhone 5, 5S, and 5C) are supported so far. Beyond Apple’s own iTunes Radio, CarPlay will also let you access a number of third-party music streaming apps, including Spotify, Beats Radio, iHeartRadio, and Stitcher.”

It is rumored that CarPlay updates may get pushed this month as part of iOS 7.1. 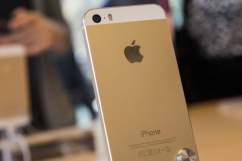