The iPhone 6 has officially launched, and you can buy one here. Prior to its official unveiling at an event in Cupertino, there were all kinds of rumors flying about the high-tech features of the iPhone 6, including solar panel power cells and holographic displays.

Which features ended up being plausible, and which features were just crazy? Read on to relive the weirdest and wildest iPhone 6 rumors.


1. iPhone 6 Will Have Solar Cells

In our roundup of iPhone 6 battery life rumors, we outlined one intriguing rumor about the iPhone 6. According to Forbes, there is some evidence that the iPhone 6 could have solar cell charging capabilities. This would allow for charging on the go.

This rumor is feasible, given the fact that we know Apple ramped up sapphire glass production. Since sapphire glass could conceivably be used in making solar-friendly smartphones, this rumor isn’t entirely outlandish. It is, however, still just a rumor…for now.

2. iPhone 6 Will Have Holographic Projections

As you can see in the concept art above, some people think that the iPhone 6 could be capable of creating a bigger screen by using holographic projections. It has also been rumored that just the keyboard would be projected holographically, which would make it possible for people to type on a virtual keyboard that is more like a laptop or desktop keyboard.

Unfortunately, this rumor seems unlikely to come true. That being said, a hyper-futuristic feature like holographic displays would seriously up the “cool factor” of the iPhone 6, and cause a boost in sales.

There are some rumors that the next-gen iPhone will have a 10MP camera. What’s even more exciting is the rumor that the iPhone 6 might even have swappable lenses for the camera, according to ValueWalk.

This rumor seems entirely feasible, at least when it comes to the camera’s megapixels. While there does appear to be some patent paperwork backing up the swappable lenses claim, it is not certain whether these lenses will be added to the iPhone 6.

Will Apple's iPhone 6 phablet push the usability of iOS to a breaking point? http://t.co/sMWFhBGwtO pic.twitter.com/NWlsduKTBo

Business Insider reports that at least one expert isn’t buying the popular claim that the iPhone 6 will come in a “phone” size and a “phablet” size.

BI reports that, at least according to Andy Hargreaves at Pacific Crest, the iPhone 6 is likely to come in a 4.7-inch size, and will not have a corresponding 5.5-inch mate. This rumor seems fairly grounded in reality.

5. iPhone 6 Will Be Waterproof

The video above shows concept art for a water-resistant iPhone 6.

Many smartphones on the market today are water-resistant to IP67 standards, including the Samsung Galaxy S5 and Sony’s Xperia line of phones. It seems like that Apple will create waterproof phones in order to stay competitive. That being said, the level of waterproofing is still to be determined.

Unfortunately, the iPhone 6 is REALLY not waterproof. You can see just how badly this phone reacts to being submerged in water in these epic iPhone 6 torture test videos. Despite the demand for waterproof phones and tablets, Apple is leaving us high and dry. Don’t expect any waterproof devices at Apple’s next product announcement. 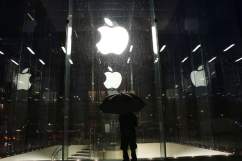