TechCrunch notes that Re/code is generally reliable when it comes to announcing Apple’s events before Apple officially lets the cat out of the bag:

“It’s always worth maintaining a bit of skepticism before things are officially confirmed by Apple invites, but this looks to be a lock, given Re/code’s track record of accurately calling the dates of Apple special events, including the one in September where the iPhone was revealed.”

One of the most exciting rumors about the upcoming iPad event is the iPad Pro, a plus-sized tablet with a 12.9-inch display. There is also a rumor that Apple may release a gold iPad, which is great news for people who want to match their iPad to their gold iPhone 6.

According to MacRumors, the iPad event will be held at Apple’s Town Hall Auditorium. The event may also feature a new iMac with a “5K” display resolution of 5120 x 2880. 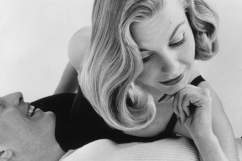