Amazon is at the cutting edge of technology.

So much so, that the company is releasing “Petlexa,” powered by Amazon Echo. The electronic personal assistant is now able to respond to the voice commands of any of your pets.

That is, if only it were true. The release by Amazon on March 31 seems to be an elaborate hoax as part of April Fools’ Day.

Watch a full video of the Amazon Echo with “Petlexa” commercial in the video above.

Amazon says that the “Petlexa” feature allows dogs, cats and other animals to communicate with Alexa, the voice behind the Echo, just like humans do. Amazon laid out the product’s description in an email to customers.

The new feature, if it weren’t a joke, would allow pets to ask Alexa to order food in orders from Amazon and also activate smart home enabled toys, including their favorite musical playlist.

While the newest feature from Amazon may be a hoax, the increasing sales of its Echo certainly are not.

A report in January from Consumer Intelligence Research Partners estimated that over 8.2 million customers own an Amazon Echo device. The product was released to Amazon Prime members in 2014, and then became publicly available in summer 2015.

That growth is 60 percent more from the Echo’s November 2016 numbers, which said that 5.1 million customers own the device. 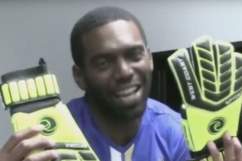