TBH app has been available in the iTunes store for over a month, and it’s been a top-downloaded app since release. There is no way to download the app on Android right now, but there are a couple of apps that can do the same thing. The original tbh app was recently purchased by Facebook, and the website says that it is coming soon to Android.

If that’s not enough to tide you over, there are a few apps you can try out in the meantime.

Tbh: To Be Honest

Though the apps are almost named the same, they are different. This app has a 2.3-star review on the Google Play store, with users saying that it has too many ads. You also can’t use the app unless you have at least 4 friends that are also playing on the same app, so if you don’t have friends on the app, it’s not worth much.

This app was just recently released, with its most recent update having taken place on October 21.

This app has better reviews than the previous one, with 3.5-star average at the time of writing. This is also not the authentic TBH app that was purchased by Facebook. With over 5,000 installs, this app might be a better choice since it’s more likely that your friends will have it installed.

Many of the recent reviews of this app mention that the app freezes on a screen that just says “from a girl,” but there are plenty of positive reviews as well. This might be the app that can tide you over until you get access to the real app.

The real TBHtime app will be coming to Android soon according to their website. Since the app was recently acquired by Facebook, it’s likely that the app will be coming sooner than originally planned. With the previous apps being the alternate choices, it might be better to just wait until you can download the real one. 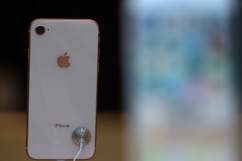 TBH app: Is it Coming to Android?