Anbernic’s latest retro handheld the RG552 is available worldwide. But is it any good? What’s new? What can it really emulate? Read on to find out everything you need to know about the RG552 before you hit that buy button.

What Systems Can the RG552 Emulate?

Now, this is all technically true, and the RG552 will be able to emulate all of the above. The question you need to ask, however, is how well it can emulate each of those systems. A lot of Android games will work, such as Genshin Impact, but when it comes to console emulation, things are a little more complex. It’s also worth keeping in mind because of how great emulation is, the RG552 is a suitable Steam Deck alternative if that’s what you’re after.

At the time of writing, I wouldn’t say this is a system that can run PSP, Wii, and GameCube titles particularly well without some serious tweaking of the emulator settings.

It’s not all bad, though. The RG552 is more than capable of running Dreamcast and Nintendo DS games with minimal issues. Everything below those systems – including SNES, NES, Genesis, GBA, and so on – will run at full speed and then some. In fact, the RG552 can run some titles better than the original hardware. In the case of Gameboy Advance, thanks to RetroArch’s integer scale, which ups the scale of low-resolution images, you can play games with up to seven times the resolution. And yes, it looks as good as you’re imagining.

In short, the RG552 is a very capable machine up to a certain point. If it’s Dreamcast or below, you’re going to be amazed by just how clean this handheld console is. 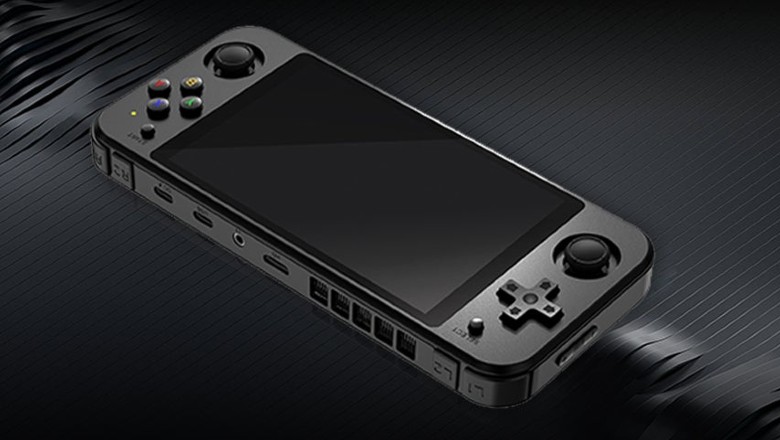 The new 5.36-inch IPS (In-plane switching) screen is, simply put, stunning. It can output a resolution of 1920×1152 and, as mentioned before, the option to upscale older games really makes them shine.

There’s also a new internal chip at long last. The RK3399 is a solid upgrade compared with the RK3326 chipset seen in the RG350 and RG351 series. In laymen’s terms, the new chip allows the RG552 to dwarf the performance of Anbernic’s previous handheld outings, allowing users to emulate more complex systems.

Elsewhere, due to the new, more powerful chip, the RG552 packs in a fan and heat dispersion, wifi, the ability to stream games via Steam Moonlight, and, as with the previous release, you can connect the RG552 via micro HDMI to output it to a television.

This is where the contention begins, so let’s look at what each operating system is offering first.

To boot Linux, all users need to do is place in the included micro SD card containing the operating system into the empty slot. When you turn on the RG552, it’ll automatically detect the new operating system and boot into it.

With Linux, you’ve got a version of the popular Emulation Station, which looks brilliant in action and boots faster than Android. There is a major downside to the Linux operating system, however. Everything up until PS1 should run without too many issues. Anbernic is, after all, masters when it comes to emulating older machines. Anything above that benchmark, though? That’s where problems arise. Dreamcast, for the most part, runs fairly smoothly on Linux. PSP is very hit and miss. And when it comes to N64, most games will struggle to run.

Of course, it’s worth remembering you can tinker with the settings of emulators like RetroArch to get better performance on a per title basis, though not everyone has the time or patience to do that.

One final issue, the fan can get quite loud while playing in Linux. It’s not anywhere near on par with a years-old PS4, but as you’re holding the device, it is noticeable. 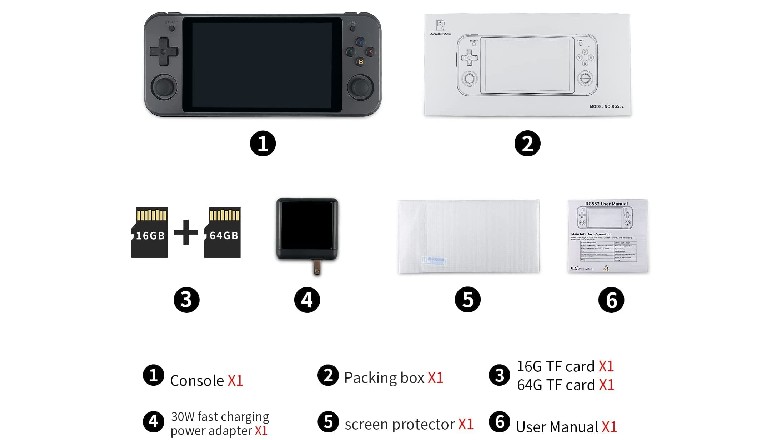 Whereas Linux opts for Emulation Station as its front-end, on the Android side of things we’ve got a customized version of Android 7.1, which does take around eight seconds longer to boot, but offers up a much more customizable experience.

Unwanted apps can be hidden from the main screen (no one needs that stupid clock app), different launchers can be used to showcase your games, and Android makes use of the RG552’s touchscreen. Furthermore, because this is Android we’re talking about here, the RG552 comes pre-loaded with a  hefty amount of popular Android emulator apps.

In terms of performance, Android is where it’s at. Anbernic has mastered up to PS1 so there’s no issues there. N64 runs smoothly at 720p, which is a huge win over Linux. The harder-to-emulate titles may require a few tweaks, like dropping the resolution of activating frameskip, but for the most part, N64 works very well.

While Dreamcast was surprisingly playable on Linux, there’s a clear increase in performance on the Android side. Where Linux occasionally stutters, Android is near flawless on popular titles.

For up to Dreamcast, the RG552 Android operating system is impressive. It’s when we move on to GameCube, Wii, and PSP where things get a little troublesome. Technically it can play GameCube games, but not in a way anyone would want to. With PSP, the potential is there, and smaller titles will run in a playable state, but on the whole, I can’t recommend the RG552 as a device that plays PSP titles.

There’s also the Wii. Again, I’m sure there are some titles it could run, but you shouldn’t be buying the RG552 if that’s what you’re aiming to play.

Android is by far the better operating system choice here. While Emulation Station is slick, performance is the most important element of portable emulator machines. Maybe once Anbernic has played around with the Linux operating system a bit more and has some meaty patches to bring it up to speed, sure, then Linux could be worthwhile. That said, we don’t recommend anything on what it could be, so it’s Android all the way.

This all comes down to what you want out of the machine. The RG552 is a premium product. Cost-wise, we’re in Nintendo Switch Lite territory. If you’re looking to upgrade from a previous retro handheld console, or just want to jump straight in on something powerful that isn’t going to break the bank as the GPD Win 3 would, you’re going to get a lot out of the RG552. So long as you understand what it can and can’t do, the larger screen and extra horsepower are more than enough to impress.

With the RG351MP, we’re talking about a much more affordable price bracket, but lesser specs. Up to PS1 is what the RG351MP is all about. You won’t get anything higher than that. There’s also the screen size to factor in, as the RG351MP offers up a 3.5-inch screen compared with the RG552’s 5.36-inch equivalent. If size isn’t a factor, and you only want to play 8-bit, 16-bit, and PS1 games, the RG351MP is a steal. It all depends on what you want the console for. A very loose comparison here, but it’s a similar choice between picking up a Switch Lite or a PSP.

wpDiscuz
0
0
Would love your thoughts, please comment.x
()
x
| Reply
Is the Anbernic RG552 worth the cost? What can it properly emulate? Read on to find everything you need to know before you buy.