Last night, Stephen Colbert got punk’d by Daft Punk during a very special musical episode on The Colbert Report. Or… in the words of Ashton Kutcher, who made a guest appearance on the show, he got “f***’d” by Daft Punk.

>@stephenathome frags MTV so hard they wish they had Daft Punk helmets on. http://t.co/BAC9GM4kdO

According to Slate, Colbert was scheduled to have the band appear during an event called “StePhest ColbChella ‘013” on the show. However, at 2 p.m. the day before the event, Colbert received the news that the band would not be making an appearance due to the fact that MTV controls their performing rights. This put Colbert in a super tight position because, according to the source, he had already cashed the check he was given by show sponsors (Hyundai) to have the band show up and perform! What a blow!

But, what could have been a colossal fail turned out to be a hilarious show thanks to Colbert’s quick wit (nothing new) and Robin Thicke — who showed up to perform instead of Daft Punk. And, Colbert looked anything but disappointed as he danced the episode away with Jimmy Fallon, Matt Damon, Bryan Cranston and Hugh Laurie to Daft Punk’s “Get Lucky.”

Watch a clip from the hilarious episode below:

Additionally The Globe And Mail reports that in order to get back at Daft Punk for ditching his StePhest ColbChella ‘013, Colbert announced something that was allegedly a secret the band was keeping from the public: he told the audience that they will be performing at MTV’s Video Music Awards on August 25th. 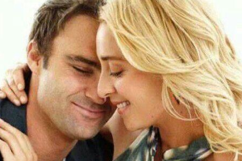 Meanwhile, Hugh Laurie came on the show and read aloud a list of acceptable cuss words for basic cable.

Check out the hysterical clip below from US Magazine: