Alan Tudyk is the voice of K-2SO, the new droid in Rogue One. (Disney/Lucasfilm trailer)

The breakout star of the second Rogue One: A Star Wars Story trailer was the droid K-2SO, a tall, lanky Imperial droid who has somehow landed with the Rebel Alliance. The droid is voiced by Alan Tudyk, who is a Disney veteran. His voice can be heard in Frozen, Big Hero 6, Zootopia and the upcoming Moana. He also starred in Firefly and Serenity.

Here’s what we know about the droid so far.

1. K-2SO Was Built for the Empire Until He Encountered Captain Cassian Andor

During the Star Wars Celebration Europe panel on Rogue One, it was revealed that K-2SO was built for the Empire, although that was made obvious by the Imperial logo on his shoulder. He bumped into Captain Cassian Andor, the character played by Diego Luna, who reprogrammed him. Tudyk said at the panel that K-2SO’s brain isn’t quite stable.

“He’s not quite all there,” Tudyk said at the panel. “He speaks his mind and says things that could be unsettling. Very honest. If you know any old people, he’s like that.”

In an interview with Esquire, Tudyk said that he learned quite a bit from the negative response to Jar Jar Binks and tried to make sure his character was the polar opposite.

“I approached the director about it and full on said, ‘I don’t want to go Jar Jar. Make sure you keep an eye out for that,'” Tudyk told Esquire. “And the way to do it—and I think this actually came from George Lucas—was that he’s not a joke teller. The humor from a droid is not because he’s telling jokes. The humor comes out of their own personalities.”

Although the trailer had Kaytoo acting very much like Kaytoo – that scene where he tells Cassian the odds was just like 3PO in The Empire Strikes Back – Tudyk said that’s not the case.

“He’s not an overly emotional guy. He’s not like C-3PO, who’s like a f***ing neurotic mess. He’s flappable,” the actor told Entertainment Weekly. “Kaytoo is much more in the unflappable category.”

Tudyk told CNN that a big difference between 3PO and K2 is that there’s more fluidity to the character.

“They’re able to match a little bit more of my expression than C-3PO, [who] had a fixed stare and a rectangle mouth, which is a huge testament to his characterization that so much of that personality comes out just with voice and very stiff movements,” the actor told CNN. “I have a little bit more fluidity and the ability to show emotion through movement.”

3. Kaytoo’s Original Job in the Empire Was Security

Considering how Stormtroopers can never hit their targets, it’s not surprising that the Empire might turn to droids for security. Tudyk told Entertainment Weekly that the 7′ 1″ droid could do anything the Empire asked, before he was reprogrammed.

“If you’re asked to be detained, he can detain you. They stand guard, and if somebody doesn’t mind them, they’ll… They’ll enforce the shit out of [people].”

Tudyk also told EW that Kaytoo has an English accent, since all Imperial characters have English accents. It’s jut an unexplained rule in Star Wars.

“He has an English accent that is a bit proper because he was a robot who was programmed by the Empire. The Empire tends to be evil with an English accent, for some reason,” Tudyk told CNN.

4. Kaytoo Is a Motion Capture Role for Tudyk

Although the focus has been on using as many realistic effects as possible in the new Star Wars films, Disney and Lucasfilm haven’t completely rejected modern technology. In Star Wars: The Force Awakens, two characters – Snoke (Andy Serkis) and Maz Katana (Lupita Nyong’o) – were played via motion capture. For Rogue One, Kaytoo is the big motion capture role.

Andy Serkis’ performance as Gollum in the Lord of the Rings proved how useful motion capture can be for filmmakers. It’s a process where an actor’s movements are recorded digitally, then animators create a character that mimics those movements.

In an interview with Vogue, Lupita Nyong’o called playing a motion capture character “really bizarre and lots of fun.”

“I really enjoyed the fact that you’re not governed by your physical presence in that kind of work. You can be a dragon. You can be anything,” Nyong’o said.

Of course, Tudyk has plenty of experience as a motion capture character. He played Sonny in I, Robot.

5. Tudyk Has Played Characters in Each of the Last Four Disney Animated Films 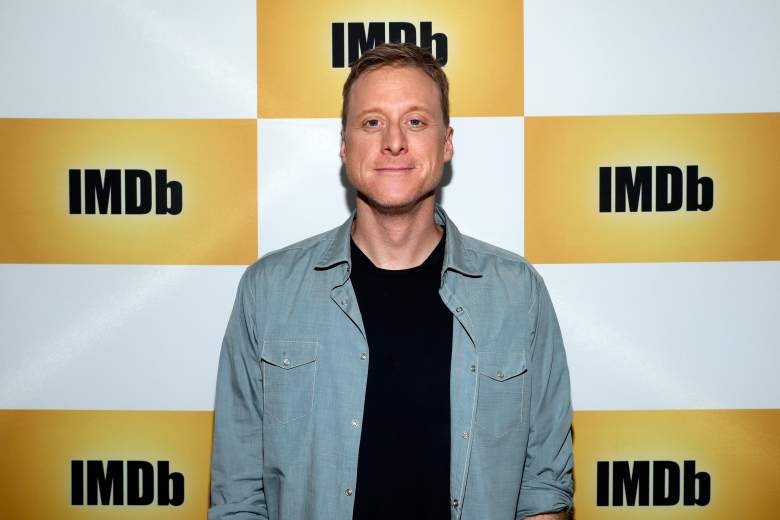 Tudyk has become somewhat of a good luck charm for the Disney Animation unit, which is in the midst of another renaissance. Tudy played the Duke of Weselton in Frozen and voiced Alistair Krei in Big Hero 6. For Zootopia, he voiced the weasel Duke Weaselton (a reference to his Frozen) character) and has a role in Moana. He also had a role in Wreck-It Ralph.

In Moana, he voices Hei Hei the Rooster. That film comes out on November 23 and the rooster is one of Princess Moana’s sidekicks. 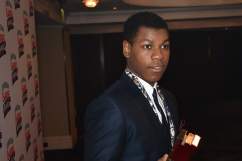