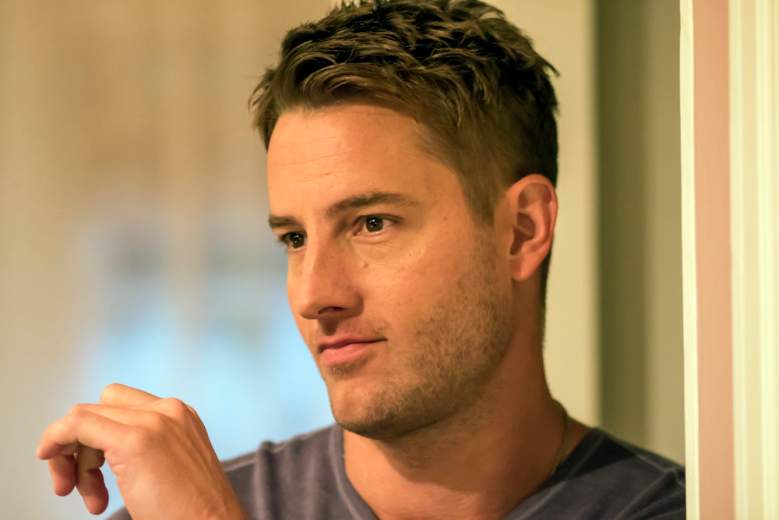 Justin Hartley plays Kevin Pearson on NBC‘s freshman hit series This Is Us. At the start of the series, Kevin was the star of The Manny, a role he felt trapped by. He had an on-set meltdown and decided to move to New York to peruse a “serious” career as a Broadway actor.

In “The Pool,” we saw Kevin get a part in a play despite his awful audition because the producers think his fame will sell tickets. He also decided to move-in with Randall (Sterling K. Brown), his adoptive brother who he had a difficult relationship with as a child.

Hartley is an experienced television actor and starred on The Young and the Restless before being cast on This Is Us. Here’s a look at his character and his career. 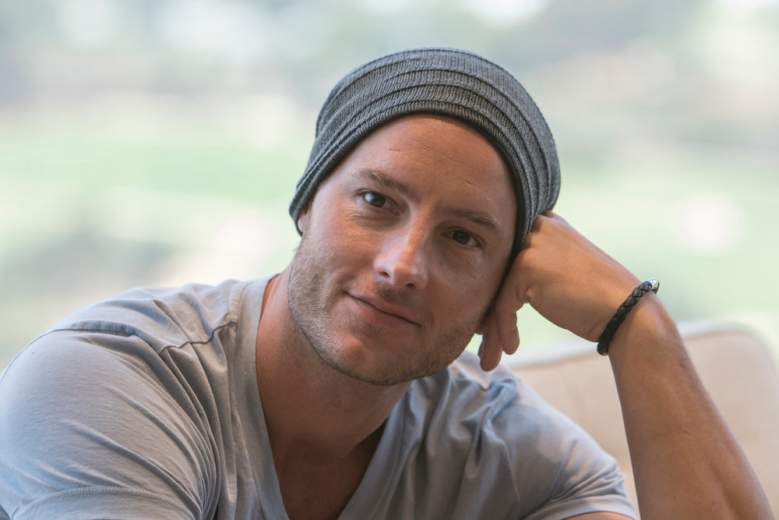 Although Hartley has had more than one successful show in his career, the actor told Parade that he’s really not so sure that his real career isn’t too different from Kevin’s.

There are still a few holes left in Kevin’s life that the audience doesn’t know, but so far it looks like The Manny was his one success. It might be a crowd-pleaser, but the show doesn’t please Kevin. In the pilot, we saw Kevin try to give his Manny character more emotional depth, only to be shot down by the producers. Outside of showbusiness, the only real relationship he’s ever had is with his sister, Kate (Chrissy Metz).

“I think what’s happening is the combination of his age, where he is in his life, and him starting to become aware of how other people perceive him,” Hartley told Parade. “And, I think, that’s what’s bothering him. I’m sure he’s like, ‘I’m on a show. It’s great. I’ll rework this character a little bit. We’ll make it a little less goofy, less about my body, more about the acting.’ So he’s struggling with the fact that [his bosses are] just not interested in that.”

In an Us Weekly interview, Hartley said that Kevin will still face problems in New York during the season. Hartley told the site:

He won’t last very long! Well, we’ll see — he’s in it for the long haul, and he’s really dedicated to doing this whole acting thing, and I think he finds out really quickly though that it’s a struggle for him, and it’s a lot harder than he thought — it’s not a matter of packing a couple of bags, heading to New York, and being charming and getting a job. It’s heartbreaking to watch but kind of funny at the same time to watch him stumble through life a little bit but then grow up in front of our eyes.

2. Creator Dan Fogelman Wrote the Role With Hartley in Mind 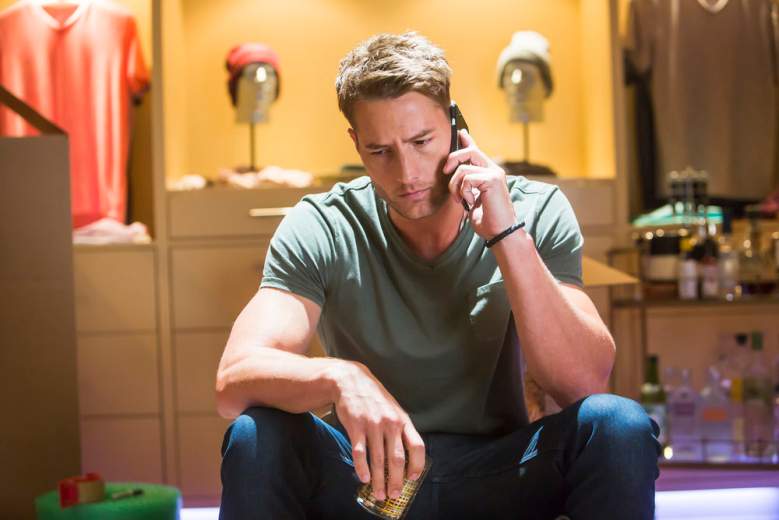 Hartley told The Chicago Sun Times that creator Dan Fogelman, who is also behind Fox’s Pitch, wrote the role of Kevin with him in mind.

“He sends [the script] over to me and I read it, and immediately I was like, ‘Oh, OK, that’s fantastic, that’s right in my wheelhouse right there.’ I called my agent and my agent was already on it,” he said.

Like other actors on the show, Hartley has been really impressed by Fogelman’s ability to weave comedy and drama into the show. It makes audiences laugh and cry in the same hour.

“The way that Dan sort of mixes the tone of the show, the way he will literally have you crying and then all of a sudden something will happen and you’ll sort of start laughing through the misery that you’re experiencing in these characters,” Hartley told the Sun-Times. “I don’t know if I’ve ever had a job like that before.” 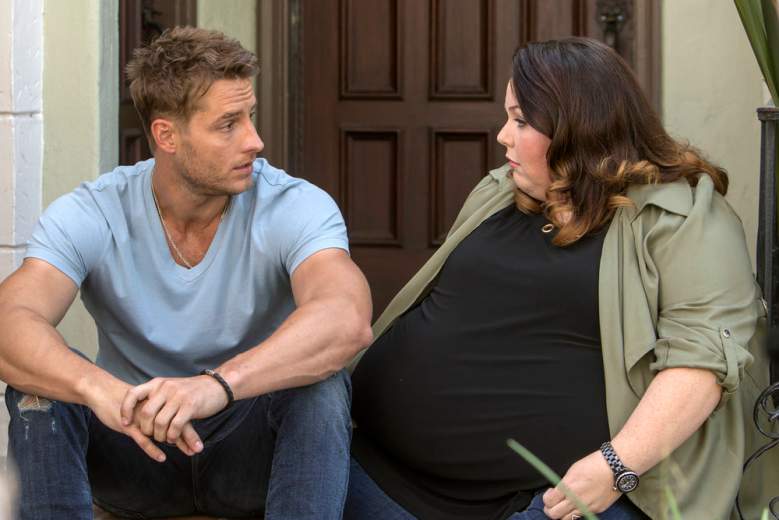 What do Justin Hartley and Brandon Routh have in common? The two actors have both played different DC Comics characters. Routh starred in Superman Returns and now plays The Atom on DC’s Legends of Tomorrow.

Early in Hartley’s career, he almost made an early escape from the soap opera Passions by playing Arthur Curry/Aquaman in the 2006 Aquaman pilot. He was cast in the role in 2006 after UPN and the WB networks merged to form The CW. However, The CW ultimately passed on the project and it never aired. Warner Bros. later posted the pilot on iTunes.

Hartley continued on Passions until 2008. But he was also cast as Oliver Queen/Green Arrow on Smallville, playing the role in nearly 70 episodes from 2006 to 2011. Hartley even directed the 2011 episode “Dominion” and co-wrote the 2010 episode “Sacrifice.”

After Passions and Smallville, Hartley went on to star in Emily Owens M.D. and Revenge.

4. Hartley Is Engaged to ‘The Young and the Restless’ Co-Star Chrishell Stause 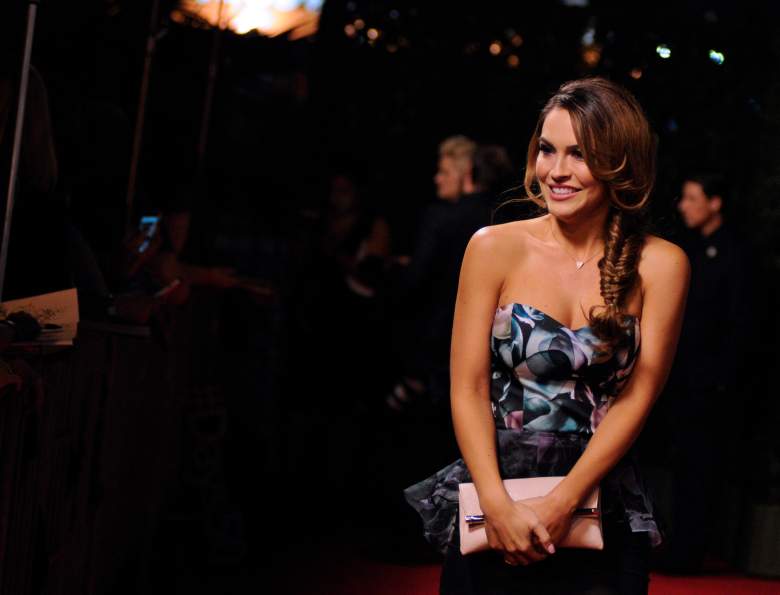 Chrishell Staus. (Photo by Vivien Killilea/Getty Images for Days Of Our lives)

In January 2014, Hartley announced that he was dating fellow soap opera veteran Chrishell Stause, who was starring on All My Children at the time. The two announced their engagement in August. In September, Hartley confirmed that he’d have to leave Y&R to join This Is Us.

In a TooFab interview, Hartley said of the engagement:

I don’t think I realized how nervous I was until afterwards and then I was like, ‘That’s a lot, that’s heavy. But at the time, it just felt right. We’ve been together for a while, it was time.

Hartley told Soap Central that they don’t have a wedding date set. “It just happened, but it will be some time in the next 10 to 12 years,” he joked. “But it will probably be coming up in a year or so, probably. I proposed on one knee like you’re supposed to.”

Hartley was previously married to Lindsay Korman, a Days of Our Lives and All My Children star. In May 2012, TMZ confirmed that she filed for divorce, citing “irreconcilable differences.” The two have a daughter named Isabella Justice Hartley.

Korman and Hartley were on Passions at the same time. She played Theresa Lopez-Fitzgerald and Hartley starred as Nicholas Foxworth “Fox” Crane. He left the show in 2006 and she remained on the show until 2008.

5. Hartley Grew Up in Illinois & Made Sure Stause’s Favorite Dish is Chicago Deep Dish Pizza 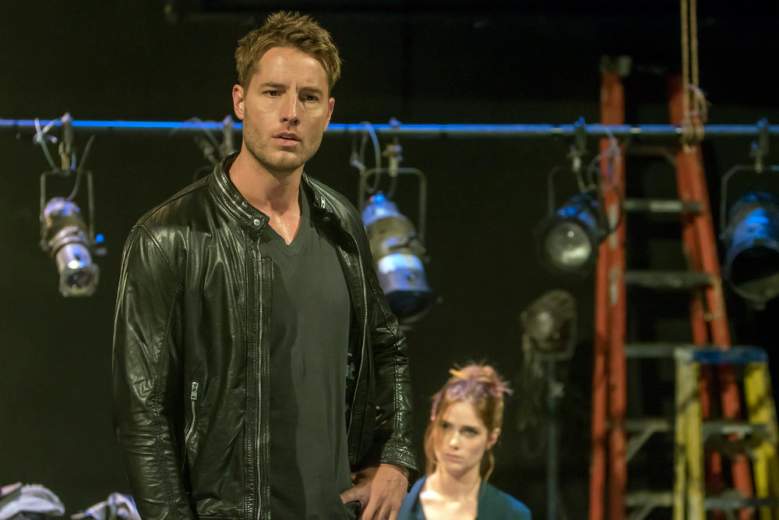 Hartley was born in Knoxville, Illinois and grew up in the Chicago suburb Orland Park. He attended Southern Illinois University and that was where he got the acting bug. After graduation, he moved to Los Angeles to pursue a career, but still has a love for Chicago. You can bet that he’s rooting for the Cubs in the World Series.

“It’s a really wonderful place,” Hartley told the Chicago Sun-Times. “The architecture; the skyline; the people, how friendly they are and helpful they are; how clean the city is … I just love it.”

Hartley also told the Sun-Times that, when he took Stause to the Windy City, he made sure she tried Chicago Deep Dish Pizza.