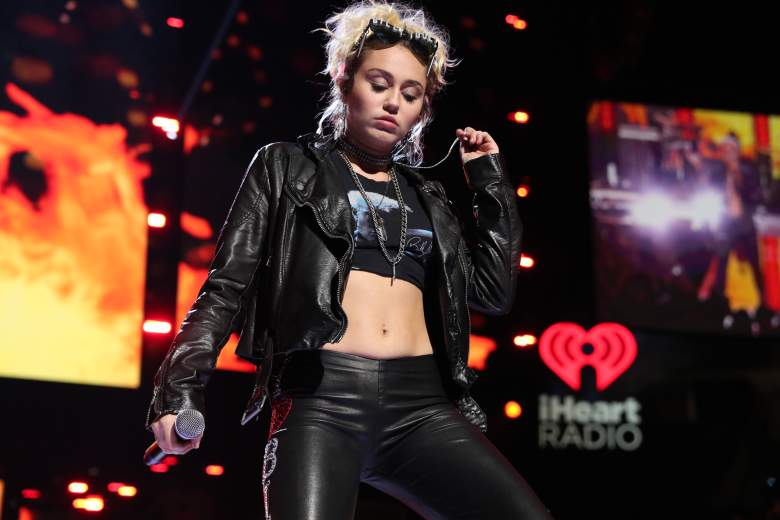 Miley Cyrus is among the celebrities planning to leave the U.S. if Donald Trump wins. (Getty)

If Donald Trump becomes president, expect the U.S. to become a little lighter on celebrities the day after. Over the past year, celebrities from Miley Cyrus to Samuel L. Jackson have said they plan on leaving the country if the real estate mogul is voted in as Commander in Chief. For many, Canada seems like the likely destination.

Now that Trump has won the election, eyes will be on these celebrities to see if they actually follow through with leaving the U.S.

Here’s a look at some celebrities who don’t want to live with Trump as their president.

In April 2016, Lena Dunham (Girls) said at an event in New York that she will move to Canada if Trump is elected. “I know a lot of people have been threatening to do this, but I really will. I know a lovely place in Vancouver and I can get my work done from there,” Dunham said, reports the Hollywood Reporter.

After Trump posed with a hunter who kills exotic animals in March, Miley Cyrus posted the following image on Instagram, showing her shedding a tear. At the end of the caption, she declared that she would leave the country if Trump won. She wrote:

Yes . That is a tear rolling down my cheek dripping off the end of my nose….. This makes me so unbelievable scared and sad…. Not only for our country but for animals that I love more than anything in this world…. My heart is broken into a 100000 pieces ….. I think I may vomit …. That picture on the right is so disturbing…. YOU are not destiny! It is not your job to decide when a living things life is over …. & YOU DT ARE NOT GOD NO MATTER HOW MUCH YOU THINK YOU ARE!!! (& if he doesn’t think he is “God” he thinks he is the fucking chosen one or some shit! We’re all just fucking jam between his rich ass toes! Honestly f**k this shit I am moving if this is my president! I don’t say things I don’t mean!)

After the election, Cyrus posted a tearful video on Facebook.

If we want Donald Trump to accept us …. We must be accepting towards his presidency & his promise to “unify” our country and “make America great” …. I leave out the “again” because this country has never been able to live up to its full potential because we’ve been putting up our own divided walls between each other. We don’t need Trump to do that for us…. So WE must take a hammer to the bricks WE built up and be more LOVING and compassionate towards all living things! (including the planet) (p.s. Mr. Elected president….. Global warming IS real. ACCEPT THAT)

Cher has never been one to hide her disdain for Trump on Twitter. She once told a fan that she will move to Jupiter if Trump were elected.

@gabeAlfassy IF HE WERE TO BE ELECTED,IM MOVING TO JUPITER ?

House of Cards actress Neve Campbell, who was born in Canada, told the Huffington Post U.K. that she is “terrified” by the idea of a “President Trump.” When asked what she’ll do if he wins, she replied, “Move back to Canada.”

Author Stephen King, who is usually the one doing the scaring, told The Washington Post that a “Trump presidency scares me to death.” He said he would move to Canada if Trump won and when asked if he’d write a book about Trump, he said no. That’s because he already wrote one book called The Dead Zone.

After it was clear that Trump won, King also declared that he is “shutting down.”

No more book recommendations, politics, or amusing dog pictures for the immediate future. I'm shutting down.

Samuel L. Jackson told Jimmy Kimmel back in December 2015 that he would move his “black ass to South Africa” if Trump won.

Barbra Streisand told Australia’s 60 Minutes in August, “I’m either coming to your country, if you’ll let me in, or Canada.”

In January 2016, Vanity Fair produced the following video, in which a long list of celebrities announce where they plan to move to if Trump becomes president. Of course, some celebrities in the video said they wouldn’t leave the U.S. “I’d probably stay here, just purely out of the laziness of, like, not wanting to move,” comedian Nick Kroll said.

Where should all these celebrities move to? Cape Breton Island in Nova Scotia launched a campaign called “Cape Breton if Donald Trump Wins,” targeted specifically for Americans. 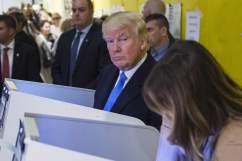