The 2018 iHeartRadio Music Awards air tonight at 8 p.m. ET/5 p.m. PT and run until 10 p.m. ET/7 p.m. PT. The show airs on the TBS, TruTV and TNT networks, so be sure to tune in. Hailey Baldwin and DJ Khaled are co-hosting the event and some of big performers tonight are also nominees. Ed Sheeran, Charlie Puth, Maroon 5, Eminem, Kehlani, Bon Jovi, Camila Cabello, Cardi B, N.E.R.D. and G-Eazy are all set to take the stage.

Eminem is one of the most recent performers to be announced and his performance will feature Kehlani. The two artists will most likely put on their “Nowhere Fast” collaboration. Ed Sheeran is also performing tonight and Rap Up has talked about a possibility of Sheeran teaming up with Eminem, since Sheeran appears on Eminem’s “River.” As of now, this is purely speculation. In addition to performing tonight, Camila Cabello is the recipient of the inaugural Fangirls Award. According to iHeart, this is “an honor presented by L’Oréal Paris and iHeartRadio that recognizes a female artist who has pushed boundaries with her music and message while inspiring her fans around the globe.”

In addition to performances tonight, Taylor Swift is premiering her brand new music video for her single “Delicate” and she is also up for a total of 8 awards, according to People. According to Teen VOGUE, Swift’s song “Delicate” was “possibly inspired by Tay’s boyfriend Joe Alywn and the early days of their relationship.” Tonight’s iHeartRadio performer Camila Cabello and music artist Charli XCX will be opening for Swift on tour.

Initially, the Backstreet Boys were listed as appearing at the show, but, Headline Planet has reported that they are no longer listed. Tune in to check out all the performances for tonight’s big show. The iHeartRadio Music Awards are available to watch via live stream online and you can find your streaming options here. The red carpet pre-show will air at 6:30 p.m. ET via the iHeartRadio Facebook page.

Tonight’s iHeartRadio Awards are airing at the same time as a few other specials and premieres. American Idol’s 2018 reboot debuts tonight, with Ryan Seacrest returning as host. He will be joined by Katy Perry, Lionel Richie and Luke Bryan as this season’s judges, against a whole new batch of singers hoping to make it big. In addition, OJ Simpson: The Lost Confession? is airing on the Fox network. Naked and Afraid also has is season premiere tonight, at 9 p.m. ET/PT on the Discovery Channel. 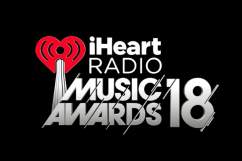