Channing Dungey is the first black president of a major TV network. Dungey, 49, has been with ABC Studios since 2004. In February 2016, Dungey was selected as the replacement for Paul Lee as president of the ABC Entertainment Group. Her role prior to that had been as the network’s head of drama. During her time in that role, Dungey produced shows such as Scandal, Criminal Minds, Once Upon a Time and How to Get Away With Murder.

Before moving into TV, Dungey worked in production for Warner Brothers where she oversaw the production of movies such as, The Bridges of Madison County, The Matrix and The Devil’s Advocate.

1. Dungey Took the Decision to Cancel Roseanne in May 2018

It was Dungey who fired Roseanne Barr on May 29, 2018. In a statement, Dungey said, “Roseanne’s Twitter statement is abhorrent, repugnant and inconsistent with our values, and we have decided to cancel her show.” Disney CEO Bob Iger tweeted support for the decision saying, “There was only one thing to do here, and that was the right thing.” Barr has since deleted the tweets in which she said racially insensitive things about Valerie Jerrett. According to Variety, Dungey said at a recent ABC event, which Roseanne attended, “The premiere ratings even took us by surprise.”

A few weeks before Roseanne was canceled, the Washington Post reported that Fox had picked up Last Man Standing based on the strength of Roseanne’s ratings. Like Barr, Last Man Standing’s Tim Allen is an outspoken Trump supporter. Earlier in May 2018, Dungey had said that Roseanne would focus less on politics going forward and more on family, according to the Hollywood Reporter.

When the show launched, Dungey said of Roseanne, “The Conners’ joy and struggles are as relevant – and hilarious – today as they were then, and there’s really no one better to comment on our modern American than Roseanne.” 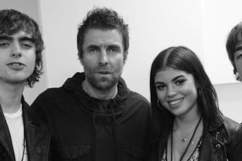 2. Dungey Had to Fire Her Sister From a 2007 Grey’s Anatomy Spin Off Named Private Practice

The Los Angeles Times reported in February 2016 that Dungey, in 2007 in her role as a developmental executive, had to fire her own sister, Merrin Dungey, from the Grey’s Anatomy spinoff, Private Practice. Though when Dungey was promoted to the head of ABC, Merrin Dungey tweeted, “SO SO PROUD OF MY SISTER!!” Dungey replaced Paul Lee as head of the network. According to the Times report, Lee had previously said of Dungey, “When I leave Channing will be the next president.”

The New York Times reported in 2016 that Lee resigned after clashing with with Disney/ABC executive Ben Sherwood. Dungey reports directly to Sherwood. Sherwood’s statement at the time of Dungey’s promotion read, “Channing is a gifted leader and a proven magnet for top creative talent, with an impressive record of developing compelling, breakthrough programming that resonates with viewers.” While Dungey said, “I’ve had the great honor of working alongside the talented team at ABC for many years and look forward to starting this exciting new chapter with them.”

3. Dungey Said in 2016 that Trump’s Election Made Her Rethink Her Strategy

Speaking at an event in London in December 2016, Dungey told an audience, “With our dramas, we have a lot of shows that feature very well-to-do, well-educated people, who are driving very nice cars and living in extremely nice places. There is definitely still room for that, and we absolutely want to continue to tell those stories because wish-fulfillment is a critical part of what we do as entertainers. But in recent history we haven’t paid enough attention to some of the true realities of what life is like for everyday Americans in our dramas,” according to C21 Media.

4. Dungey Calls Herself a ‘TV Junkie Who Somehow Scored a Backstage Pass’

On her Twitter page, Dungey refers to herself as a, “TV junkie who somehow scored a backstage pass.” In a 2016 interview with the Hollywood Reporter, Dungey talked about the best part of her job being, “When I overhear people in line at the store or at an adjacent table in a restaurant talking about a storyline from one of our shows that engaged, entertained or inspired them — particularly if it’s a story that made them think about the world in a different way.” Dungey also said the worst thing about working in Hollywood was, “Meetings and sets are spread all over town, but there’s no quick, effective public transportation to get me from here to there.”

Speaking about her television addiction, Dungey said in a 2017 interview, “I’ve been a TV junkie for a long time, since I was a kid. My sister (actress and UCLA alumna) Merrin Dungey and I used to audiotape shows before we had a VCR. That’s how devoted we were. And we used to rip through the fall TV Guide every season to see all the new shows and our favorites and plan out what we were going to watch. Our parents limited our TV viewing, so we had to choose carefully.” 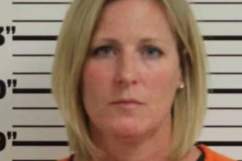 5. Dungey & Her Husband, Scott Power, Adopted a Daughter Together in 2012

Dungey and her husband, Scott Power, announced in 2012 that they had adopted a baby daughter. The couple has a biological son also. A year after the adoption, Dungey said in an interview, “It’s so exciting to be a mom and to be kind of rediscovering the world through her eyes.” Dungey told UCLA’s website in a 2017 interview that she didn’t have many black female role models in the media growing up but “now my 3-year-old daughter has examples like Beyoncé and Oprah and Shonda. If I’m lucky enough to have people looking up to me, to have broken some ground, that’s incredible.”