Getty Demi-Leigh Nel-Peters is about to relinquish her crown to the next Miss Universe.

Demi-Leigh Nel-Peters, Miss Universe 2017, reflected on her past year as 2017’s Miss Universe, and, as she gets ready to crown the next young woman to hold the title, says that the past year has “exceeded every single expectation [she] had” and considers the experience a once-in-a-lifetime opportunity.

Nel-Peters told HollywoodLife that she feels incredibly grateful for the opportunities she was given as Miss Universe. “I think this year has totally exceeded every single expectation I had. It’s been just a once in a lifetime experience. Opportunity is not even enough to describe it,” the South African beauty gushed. “The things I got to experience, the people I got to meet, the countries I got to travel to and explore. It was so incredible. I think most of all the platform I had and every country I got to visit I was able to leave a message behind. That’s something I’m so grateful for.”

Nel-Peters Will Crown The Next Miss Universe Tonight at 7 P.M. ET & is Relaxing in Thailand Before The Pageant 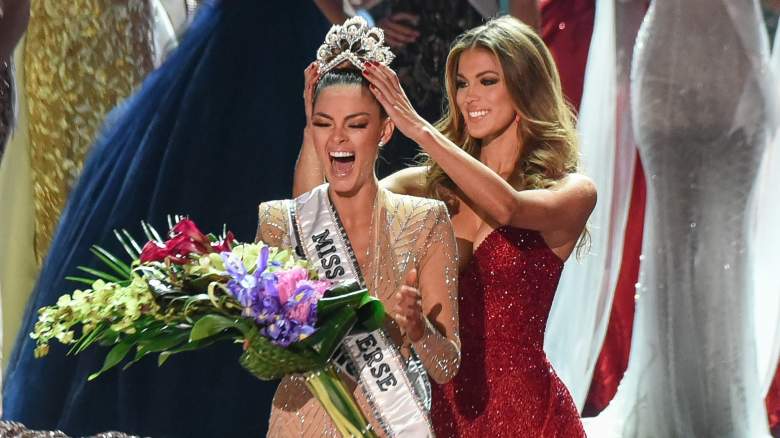 Nel-Peters, who will relinquish her crown tonight to her successor, is spending her final days as Miss Universe in Thailand before the pageant airs this evening. Fans are celebrating Nel-Peters in the final hours of her reign, with many sharing pics from one of her last photo shoots as Miss Universe.

The photos, taken by popular photographer Fadil Berisha, shows 2017’s Miss Universe draped in a gold dress with the bottom half made from gold ostrich feathers. According to the designer, each ostrich feather was hand-sewn into the gown, Channel 24 reports. Check out a few of the photos below:

A post shared by Fadil Berisha Photography (@fadilberishaphotography) on Dec 12, 2018 at 12:12pm PST

Before being crowned Miss Universe, Nel-Peters was subjected to a traumatic carjacking, which she was able to narrowly escape after using self-defense techniques while fighting off the five gunmen who attempted to kidnap her. The experience encouraged her to start the program Unbreakable, which aims to empower women around the world by teaching them self-defense techniques to protect themselves in case of attack.

“A women’s empowerment course that I did prior to that incident that gave me with skills, knowledge and sound advice of what to do in a situation like that, and I believe it truly saved my life,” she told HollywoodLife. “I started a campaign called Unbreakable, which I ran across South Africa, hosting workshops with experts in the field and giving women the same skills I was taught to handle situations like the one I was in.”

She continued, telling HollywoodLife that becoming Miss Universe helped give her a the platform she needed to speak out about the incident, and a unique chance to learn about women across the globe.

“Becoming Miss Universe gave me a global platform to speak up about it and being able to travel taught me so much about women across the world. Living in the States for a year and traveling, I learned that so many women all over the world have experienced the same things. We want to be loved and want to feel empowered and be empowered and know how to look out for ourselves.”

My first American style Thanksgiving with the sweetest family. Grateful for an incredible year and everyone I got to share it with. #Thanksgiving

Nel-Peters, who has been dating Tim Tebow since February of this year, recently spent Thanksgiving with Tebow’s family, posting a sweet picture on Facebook and writing: “My first American style Thanksgiving with the sweetest family. Grateful for an incredible year and everyone I got to share it with.”

The model is passionate about many things, including women’s equality and helping train women to defend themselves, but one of her biggest passions by far is her younger sister, who was born with a disability and who she considers the biggest motivator in her life.

“It’s always been his dream to go into the hospitality industry,” she told  Jacaranda FM. “I have a 10-year-old half-sister, Franje. She is my dad and step-mom’s daughter. She was born without a cerebellum and is completely disabled. She is my biggest motivator in life (and she has the most beautiful lashes any girl can dream of).”

You can watch Demi-Leigh take her final walk as Miss Universe, and crown the new title-holder tonight, December 16th, at 7 PM ET on Fox network.

READ NEXT: Offset Asks Cardi B to Take Him Back During Performance at Rolling Loud Festival