Instagram Jensen Ackles has been married to his wife Danneel Harris since 2010, and the couple have three children together - Justice, Zeppelin and Arrow.

Jensen Ackles has been married to his wife Danneel Harris since 2010, and the couple have three children together. The two stars welcomed their first child, Justice Jay Ackles, in June 2013, and Harris gave birth of twins Arrow Rhodes and Zeppelin Bram shortly after.

According to PopSugar, Ackles and Harris were actually friends for over a decade before they started dating. Here’s what you need to know about Ackles’ wife and kids:

1. They Were Long-Time Friends Before They Started Dating

"We spoke to @forbes about opening @familybusinessbeerco. Link in bio to read the full story! Photo: @juleskeim."

Ackles and Harris started dating in 2006, but were long-time friends before they ever became romantically involved. According to PopSugar, it isn’t clear how or why the two decided to take their friendship to the next level, but they tied the knot in 2010 and have been going strong since.

The couple costarred in the 2007 comedy “Ten Inch Hero” and both starred on CW shows; Danneel played Rachel Gatina in One Tree Hill and Jensen plays Dean Winchester in Supernatural.

In January 2006, Ackles opened up to People about what he was looking for in a woman, saying, “Ultimately [I] want someone who you can pal around with and also be intimate with. Someone who can laugh at your jokes. It may sound cheesy, but someone who can be your best friend as well as your love.” He and Harris started dating shortly after. 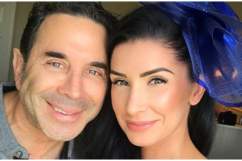 Who is Paul Nassif’s Girlfriend Brittany Pattakos on Botched

2. They Starred on an Episode of Supernatural Together

It’s taken nearly 12 years to convince my wife to work with me again. Check it out tonight and watch how nervous I still get. (Spoiler alert: @misha was the most nervous) #spnfamily

It took over a decade to convince Harris to appear on screen with Ackles again, but she finally agreed and was featured on an episode of Supernatural last year. In “Devil’s Bargain,” the first episode of a recurring guest star stint, Ackles introduces her character Sister Jo.

“It’s taken nearly 12 years to convince my wife to work with me again. Check it out tonight and watch how nervous I still get. (Spoiler alert: @misha was the most nervous),” Ackles wrote on Instagram.

Harris spoke with Variety about the episode before it aired. Check out Harris’ feelings on working with her husband after so many years below.

Not that call sheet numbers matter, but when we did “Ten Inch Hero,” I was like No. 4 and he was like No. 27, and I think that dynamic has totally changed. Now he’s directed and Jensen knows “Supernatural” from behind the camera and in front of the camera, and all of the little nuances that make the show so great, so I just really leaned on him more than ever. “What do I do here? How is my pacing?” He is the show, and he knows that, so I just really leaned on him for direction, so if everyone hates it, it’s all his fault.

3. Ackles & Harris Convinced a Homeowner to Sell Their Austin, Texas House to Them

I know we celebrated all weekend but I just had to throw out one last #happybirthday to my best friend on the planet. I love you, D.

While house hunting in Austin following their wedding, the couple came across the 7,500-square-foot home that they currently reside in, according to People. They were meant to be looking at a house down the road, but when they passed their current home, they fell in love.

“As we drove by, Danneel and I both looked at our real estate agent and were like, ‘See, that is the kind of house we’re looking for,’” Ackles told People.

According to People, the owner of the home wasn’t even selling the property until Ackles and Harris convinced him to. 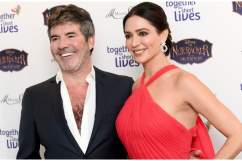 Does Simon Cowell Have a Wife? Is He Married?

The couple share three children together – Justice is their oldest daughter, followed by Arrow and Zeppelin, their twins.

Ackles shared the news of the birth of their twins on Instagram by sharing a picture of Thing 1 and Thing 2 from Dr. Seuss. The caption reads: “Danneel, JJ and I are excited to announce the birth of our twins Zeppelin Bram and Arrow Rhodes. They were born early yesterday morning. Everyone is doing great! #twinning”

5. Ackles Explained The Meaning Behind His Twins’ Names

When the remote control is right between your legs and you can't change the channel. #twins

Ackles explained the meaning behind his twins’ unique names during a con seminar in San Francisco. Although many assume Zeppelin is named after the ironic rock band, the real reason behind the name is more meaningful than a band. “There’s a knot known as the zeppelin blend and his cord was tied around him,” he explained when asked about his baby boy.

And when it came to Ackles’ daughter, they started off choosing her initials and went from there, according to She Knows. “We wanted an AA name and we both liked Arrow,” he explained.