Getty Tyler Perry has one child with longtime girlfriend Gelila Bekele. He grew up with an abusive father and a mother who took him to church weekly and was his biggest supporter.

Tyler Perry, a successful actor, playwright, filmmaker and businessman, and will be hosting the Aretha Franklin tribute – Aretha! A Grammy Celebration for the Queen of Soul – this evening.

“I was raised on Aretha Franklin, my mother would always play….” Perry says during his tribute, according to Entertainment Weekly. “I’m having a little trouble saying this.” He calls on the evening’s ringleader, longtime Grammy producer Ken Ehrlich, for guidance: “I want you to be happy Ken. Tell me what I need to do.”

With Perry in the spotlight for the evening, fans might be curious about the actor’s personal life and family. Here’s what you need to know:

1. Perry Has Three Siblings and Grew Up With an Abusive Father, Who Wasn’t His Biological Dad

According to Notable Biographies, Perry was born in New Orleans, Louisiana, on September 13, 1969. He was a middle child, with two older sisters and a younger brother, and his birth name was Emmitt Jr., after his father.

According to Margena A. Christian, Perry “he endured years of abuse as a child by his father ‘whose answer to everything was to beat it out of you.'” Perry says he would ‘go places in his mind’ following beatings,” according to Notable Biographies.

Perry attempted to kill himself as a teenager, slashing his wrists as a cry for attention. At the age of 16, he changed his name to Tyler in an attempt to distance himself from his abusive father, according to Body Height Weight. 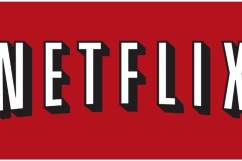 2. His Mother Was a Preschool Teacher & a Factory Worker & Was Perry’s Inspiration For Madea

I wasn’t surprised when I woke up and it was raining. You loved the rain! Happy Birthday Mamma. You would have been 74 today. I’m told it gets easier with time. Well it’s almost been 10 years and sometimes it is easier, but not today. I am so proud that you were my mother. Willie Maxine Perry!! I love you and still miss you. Thank God I see your face in my son. He’s your spitting image. Dance up there, I’ll be dancing down here!! Fighting tears but holding strong to all you taught me and all the love you gave me. I have no more words today….

Willie Maxine Perry, Perry’s mother, raised her son to be a faithful Christian and took him to church every week. She often worked in a factory as an “assistant carpenter” and was a preschool teacher at the New Orleans Jewish Community Centre, according to BHW.

His mother died when she was just 64-years-old, and Perry remembers her as one of the most hardworking and supportive people he’d ever know. “I love my mother to death but one wrong thing she did was lying to me,” Perry said of his mother, according to BHW.

The late Willie Maxine Perry is the inspiration behind Madea, one of the most iconic characters in Hollywood, BHW reports.

That look on my face after doing three shows in one day. Enjoying every moment. Loving this tour!! #MadeasFarewellTour

Perry explained that he’d received a call from girlfriend Gelila Bekele, who wanted to video chat with Perry to share some huge news.

“I get a FaceTime call and she’s holding up the pregnancy stick,”he told PEOPLE’s Editor-in-Chief Jess Cagle in an episode of The Jess Cagle Interview in 2017. “I’m like, ‘I guess this is happening.’” 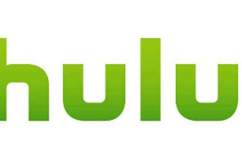 4. He Was With His Long-Time Girlfriend Gelila Bekele Since 2007 & The Couple Has One Child

Tyler Perry is not reported to be married, but he does have a longtime relationship with model Gelila Bekele. The couple has been together since 2009 and have one child together, a son named Aman. The same year that the couple got together, Perry’s mother Willie Maxine Perry died at the age of 64. Perry resides in Atlanta, where he runs his film and TV studios. Years ago, he purchased the Dean Gardens estate, tore it down and built his own. In 2014, it was announced that Perry and Bekele were expecting their first child together and son Aman was born on November 30, 2014. So, who is Bekele? She originally hails from Ethiopia. Today, she works as a model, humanitarian and social activist. Her humanitarian side is probably one of the big things that draws Perry to her since tonight he is being given an award for Favorite Humanitarian at the 2017 People’s Choice Awards. For more information on Perry’s relationship with Bekele, as well as background on Bekele in general, click through our gallery of her best Instagram pics. (Getty)

Perry’s girlfriend Bekele gave birth to their son Aman on November 30, 2014. He told PEOPLE that his entire life now involves kids cartoons, toys and taking care of his family, when he’s not producing films and hosting tribute shows.

“The whole day is Paw Patrol,” the Hollywood powerhouse says of the animated Nickelodeon series. “Paw Patrol. He loves Paw Patrol. He wants to watch Paw Patrol. He’s never seen television, but he watches it on his iPad. We have to take it away, then we go out and do normal things, and then it ends with Paw Patrol.”

Perry and Bekele, who started dating after meeting at a Prince concert in 2007, told PEOPLE that their “lives revolve around him.”

5. His Wife is a Model, Activist & Filmmaker

Gelila Bekele is a model, activist, humanitarian and filmmaker who was born in Ethiopia. According to her website, she travels between the United States and Ethiopia often to help aid people in her home country through a charity that focuses on providing access to clean water and education.

“Bekele is currently represented by Women (360) Model Management (New York), and Premium Models(Paris),” according to her website. “She is featured in several beauty campaigns including those for Levi’s, Diesel, Tory Burch,  Anna Sui, Michael Kors, H&M, Pinko, Nespresso, Pantene and L’Oreal, and has appeared in leading magazines and numerous other publications.”

Lately, Bekele has been expanding her resume as a documentary filmmaker. Her most recent release (2015) is Mai: Life is not Honey. Bekele is also the author of the book Guzo! (2016), which documents the daily lives of native Ethiopians.