After three episodes of Game of Thrones season 8, some of the more particular and detail-oriented fans of the series have been noticing a few plot holes that don’t completely add up, and have raised some questions regarding how realistic and believable some of the scenes have been.

Obviously, as a fictional series, one could argue that it’s pointless to complain about how realistic a fake world is, but in retrospect, hardcore fans of fandoms like GoT, Lord of the Rings and Harry Potter really absorb themselves in the world, and have high expectations for the story, characters and scenes to be believable. And with a fan-base as extensive and far-reaching as GoT, there are bound to be a few unanswered questions raised when things don’t fully add up.

We’ve rounded up a list of the biggest plot holes and unanswered questions fans have had so far throughout season 8. With three episodes remaining, it’s likely that some of the questions will be answered, or the plot holes explained, but in the meantime, these are some of the issues keeping dedicated fans (such as myself) up at night.

This article will explore eighth season of GoT episode in detail, so this is your official MAJOR SPOILER WARNING. Do NOT continue reading if you aren’t caught up on the series or season, and if you don’t want anything ruined for you.

Why Did They Retreat to Winterfell Instead of a More Advantageous Location, Such as The Eyrie?

Winterfell has got to be one of the worst places in all of Westeros to barricade the people of the North from the Night King and his army. While we understand that time might have been a factor in their reasoning to remain at Winterfell, it still seems like a terrible choice when faced with options such as the Vale of Arryn, where they could hole up in the Eyrie, a castle considered “impregnable to attack,” considering it sits on top of a freaking mountain.

Now some might argue that the Eyrie would be too small to accommodate everybody, or that weather might have factored in (for traveling), which is a valid point. However, the advantages of retreating to the Vale seem like they outweigh the risks of staying at Winterfell, which, in case anybody forgot, was literally defeated by Theon Greyjoy and a small group of Ironborn at one point in time, and was subsequently seized by the Boltons before the Starks took it back after the Battle of the Bastards. It also seems like a terrible idea to hole up in a castle that is exposed on all sides and basically stands in the middle of a giant, open field.

Not only does the Eyrie have the massive advantage of being several thousand feet above the valley floor, those who approach the Eyrie must pass through three way-castles (Stone, Snow, and Sky) guarding the ascent, before proceeding in single file, making them very vulnerable to archers who could rain down some dragonglass arrows on the Army of the Dead. Although the Night King could still have the advantage of attacking the caste on the back of Viserion, it would be a whole lot harder for the rest of his army to make it to the castle.

At the very least, they could have hidden the women and children in the castle, so they didn’t run the (very foreseeable) risk of being murdered by the Stark ancestors that the Night King was obviously going to raise in the Crypts of Winterfell (see below).

It just seems like a huge plot hole that they didn’t at least try to evacuate the Northerners south, especially considering the Army of the Dead was coming down from the north, and it takes at least a month or more to travel from the Wall. Even heading toward Pyke and the Iron Islands makes more sense than barricading the entire North in Winterfell.

Why Hide All of The Most Vulnerable People in The Crypts of Winterfell, Where The Dead Starks Are Buried?

The plan to put women and children in the crypts of Winterfell. #gameofthrones pic.twitter.com/Pk9Fpz8YEk

This just seems like poor planning by everybody who thought the Crypts of Winterfell would be the safest place for the women, children, dwarves and eunich’s of the North to hide. Not only are the crypts massive (with nowhere to retreat to but deeper into a labyrinth of tunnels that nobody is familiar with or knows what might be waiting for them), they are filled with dead Starks. Knowing that the Night King can reanimate the dead with a single raise of his arms, it seems pretty unlikely that nobody would have thought he could also raise the dead buried in the crypts.

The crypts are a monumentally dangerous place to seek shelter in the midst of an Army of the Dead siege, if you think about it. On a narrative level, we know it’s a bad idea to hide beneath the castle because so many characters thought that it was a good idea, which usually indicates a bad move. Showrunners David Benioff and D.B. Weiss were clearly trying to lull viewers into a sense of false security regarding the crypts, setting up the expectation that because they are hidden underground, they will be safest. 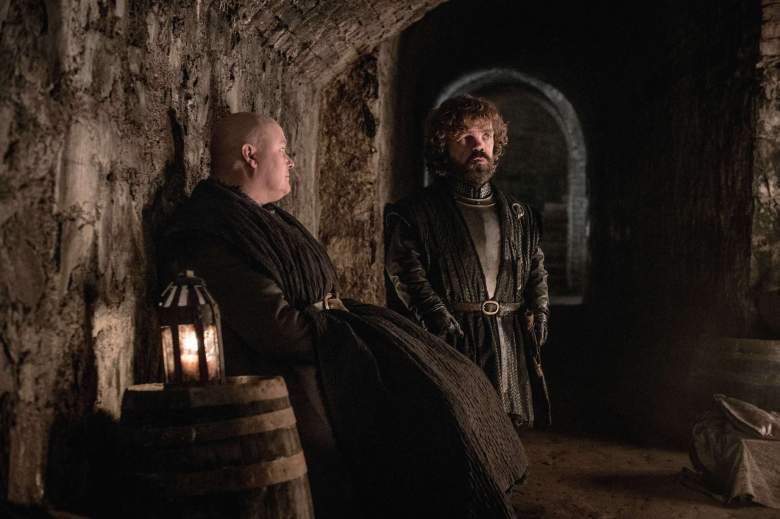 Prior to the episode airing, many fans disputed the claim that the dead Starks could be raised because of lore from the books. The books state that the Starks were entombed with iron swords (which White Walkers apparently hate) to “keep evil spirits away” and to keep the restless and vengeful spirits and ghosts from wondering around the crypts. Based on this tradition, the dead in the crypts would not be able to be raised by the Night King because of the iron protecting them.

However, the book also states that many of the swords are missing or have crumbled to dust (Bran and Rickon even took a few swords with them after escaping Winterfell when Theon took the castle), leaving many of the tombs and corpses within vulnerable to reanimation from the Night King. And, lo-and-behold, exactly what everybody feared happened – the dead Stark ancestors were raised by the Night King and attacked the defenseless women, children and elderly that were taking refuge beneath the castle.

How Did Arya Get So Close to the Night King and Bran, Who Were Surrounded By a Wall of The Undead?

With just three episodes remaining in the final season of the series, and the entire show leading up to this battle, the most powerful and threatening villain of the series was defeated … by Arya Stark, in one episode, halfway through the final season. And as badass as Arya is, not all fans were thrilled with the outcome, especially considering how unlikely it seemed that she could make it past a wall of the undead to attack him in the first place.

To recap, before the battle was underway, Bran was taken to the Godswood by Theon and a handful of other soldiers to wait out the war (and to lure the Night King to Bran so he could be destroyed). As expected, the Night King made his way to the Godswood to pay the Three Eyed Raven a visit. After Theon’s heroic death trying to protect Bran, it looks like all hope is lost. The Night King walks up to Bran, and just as he is about to grab his sword to finish him off, Arya comes flying out of nowhere to attack the Night King, who turns around and grabs her by the throat. In typical Arya-fashion, just as you think she’s about to be killed, she drops her dagger, grabs it with her free hand and plunges the knife into his chest, killing the Night King and the entire Army of the Dead in the process.

The issue with this scene was the fact that the Night King was surrounded by a hoard of his dead soldiers. So how did Arya sneak through the wall of dead with none of them noticing her? Yes, we all know that Arya is a Faceless Man ninja-assassin, but it still seems unlikely that nobody (except maybe Bran) noticed her slip through their ranks.

The Game of Thrones cast talking about the moment Arya kills the Night King #GameofThrones pic.twitter.com/csBXGWnTyR

Some fans have theorized that she was wearing a wight’s face, but there was no indication that she pulled off a dead face before she sprung into action. She literally just came out of nowhere. Others claim she was trained her entire life for this one moment, and because she is a deadly assassin, and is small, swift and quiet, she could have easily snuck past all of the dead, but again, it just seems somewhat far-reaching. We might just have to wait for the next episode for her to hopefully explain how she managed to get to the Night King just as he was about to murder her brother.

This article will be updated after each of the remaining episodes; if anything else pops up that is questionable, it will be added, and if anything comes full-circle or is answered, the post will be updated, so refresh the page weekly (following the newest episode) for new content.

Is there anything we missed? Do you have answers to some of the unanswered questions, or theories that could explain any of them? Let us know in the comments below and keep checking back for updates!