? | Footage from the crowd of Taylor & Brendon performing “ME!” tonight! #BBMAs #MEOnBBMAs pic.twitter.com/MSaWBaWUb8

Taylor Swift is back!

Taylor Swift takes the stage at the 2019 Billboard Music Awards, as the opening performer and it’s been a while since she’s performed at an awards show. She is joined by Brendon Urie of Panic! at the Disco to perform her latest single “Me!”, which has become an instant hit. The performance was filled with pastels and a pink-clad marching band. Soon, Swift took the stage in what looked like a figure-skating costume, with yellow, silver, and pink glitter fringe. She was soon joined by Urie, who was in a matching pastel suit.

Variety recently reported that Swift was dishing on her music to Zane Lowe for Apple Music’s Beats 1 and she said, ” think that with music I’m always trying to expand the experience from just being an audio one. Like, if I can turn it into something that feels symbolic or seems like a scavenger hunt or seems like some kind of brain game … I just want to entertain them [fans] on as many levels when I can.”

Swift also talked about working with her “Me!” partner, Brendon Urie, revealing, “In the past in terms of duet partners, I’ve always stuck with predominantly close friends like Ed Sheeran or Zayn … So for me to go outside of close friends, I figured Brendon would be a good one because I’ve been such a fan for so many years and I’ve watched his career and I’ve watched what seems to be his work ethic from the outside. When you get in the room with him, it’s like ‘You’re exactly how I thought you would be’ … There’s sort of a playful, mischievous side to his performance style where we both love to overly dramatize something for the sake of humor. People don’t always get the joke, but that’s okay.” 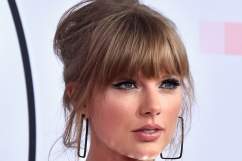 In addition to Swift, there are some other major performers in the mix for this year’s BBMAs. Daily Mail has reported that Madonna has spent $5 million of her own money to create her performance of the song “Medellin” with Maluma. Mariah Carey picks up the Icon Award this year, and to celebrate, she is performing as well. Paula Abdul makes her stage return with a medley performance and the Jonas Brothers perform their single “Sucker”, after being apart as a music group for years. 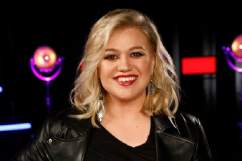