YouTube King Von and Asian Doll in their music video "Pull Up".

Asian Doll is a rapper who hails from Dallas, Texas. She is also the last reported girlfriend of King Von, who was shot dead on November 6, 2020 in Atlanta, Georgia according to an Instagram post from his DJ.

Asian Doll, who is also known as Asian Da Brat, is reported by WhosDatedWho to have been dating King Von since 2018.

After it was reported that King Von had died, she expressed her sadness via her Instagram stories with a series of photos of them together.

” I don’t wanna be here no more,” she wrote. “I would’ve went with you to the next life holding your hand..why you leave me Von fr what we use to always tell each other ‘we’ll die 4 each other & if we going we going together’.”

She added: “My heart is gone I’m just a walking EMPTY SOUL In a human’s body.”

Here’s what you need to know about Asian Doll. 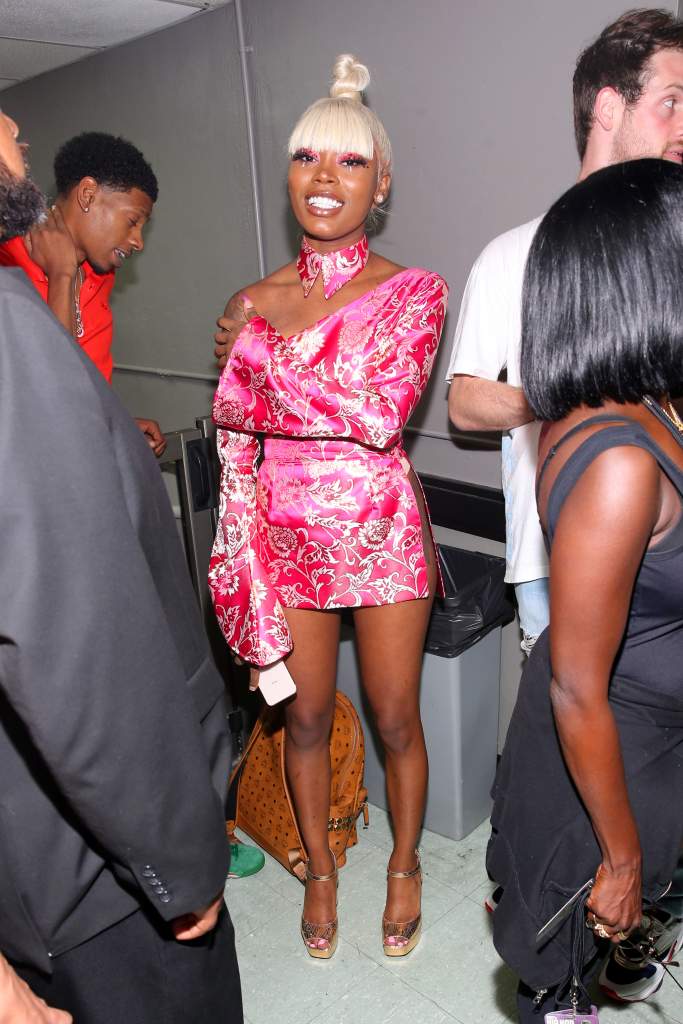 In October, she received major backlash after she said she would rather have Donald Trump win the election than his opponent, Democratic nominee Joe Biden.

“I rather trump be the president then that other dude fasho,” she tweeted.
According to Rap Up, she explained why she was rooting for Trump in an Instagram Live video.
“I fuck with the ni*** Trump because the ni*** giving out a lot of money right now,” she said. “It made me think, ’cause I get my money a different way… I be around a lot of people who get their money a different way too and they is up.”

Booked & Busy 🖤 I be in these people club tweaking 😂

She is signed to rapper Gucci Mane’s record label, 1017 Eskimo Records. In an interview with Billboard, she discussed why she decided to sign with the Atlanta rapper’s label.

I definitely had opportunities to sign with other labels, but Gucci and them, I just felt it. I really had the gut feeling and I felt it in my heart. It was the first time I didn’t feel like I had to go to a different route and my whole body was just in agreement. This is the first time I didn’t care what anybody said and I just did what was best for me. I’m so happy in my situation and that’s what I was looking for, happiness, because I deserve it.

Besides looking up to the “Lemonade” rapper, she said she also admires his wife, Keyshia Ka’oir.

3. King Von and Asian Doll Have Made Music Together

The couple has collaborated for two songs, “Pull Up” and “Broke Opps.”

AllMusic noted that in 2015, Asian Doll began her music career with the release of her EP Rise of the Barbie Doll Gang. In 2016, she released her mixtape Drippin’ in Glo and Project Princess, Vol. 1 the next year, and continuing in 2017 with Outta Space and Kill Bill, Vol. 1. Her other projects include Doll SZN, So Icy Princess, Unfuccwitable, Fight Night and Doll SZN Reloaded.

4. King Von Confirmed He Was Single In October 2020

In October 2020, King Von said he was single, despite having new photos taken with Asian Doll, according to Hip Hop DX.

He posted “Good morning. Still single,” with a happy face with a photo of him in his bed shirtless cuddling with a stack of money.

5. Asian Doll Asked King Von to Rescue Her from Jail

Hip Hop DX reported that Asian Doll was arrested in September 2020 and asked King Von to “bond her out” on Twitter.

After being pulled over by the police on September 4, the “H.A.N” rapper took to Twitter to ask him for a huge favor. Von has tweeted “I think about us” and she replied: “I think about us too but aye look I’m in jail come bond me out.”

Hip Hop DX reported that the couple split up after Asian Doll caught him cheating on her in August.