TikTok star Bella Poarch is 19-years-old and is from the Philippines, according to her Facebook. She moved to the United States when she was 13-years-old and has said on Twitter that she lives in Hawaii. She recently rose to TikTok fame when she posted herself lip-syncing “M to the B.” The video, which was posted in August 2020, became the most liked video on the platform with 145.3 million views and 35.5 million views according to PopBuzz. At the time of publishing the video had 38.7 million likes. She created her TikTok account in April 2020.

Poarch is rumored to be linked to rapper Tyga. On Twitter, there are talks of them having a sex tape however the video’s existence is a mystery because it cannot be found.

Here’s what you need to know about the viral TikTok star:

Singing has always helped me get through anxiety, depression & ptsd. I stopped singing for a really long time because of something that happened to me a few years ago. Thank you guys for helping me gain my confidence and share my happiness💕This is my cover “Friend” by @gracieabrams 🌸I love her songs

In an Instagram post from September, she posted a video of her singing Gracie Abrams’ “Friend.” In the caption she spoke about how singing has been therapeutic.

“Singing has always helped me get through anxiety, depression & ptsd,” she wrote. “I stopped singing for a really long time because of something that happened to me a few years ago. Thank you guys for helping me gain my confidence and share my happiness.”

She said on Twitter that she was diagnosed with these illnesses in 2017.

“I’m diagnosed with major depressive disorder and ptsd since 2017 so don’t worry about me, I’ve been living with it & I have a good support system to help me,” she tweeted.

2. She is a Navy Veteran 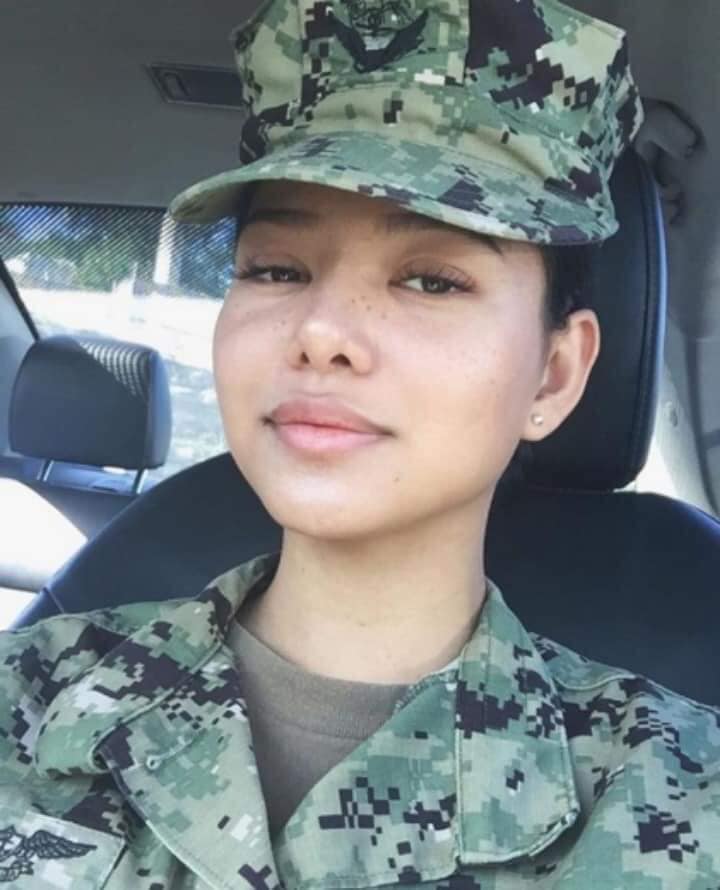 In bio sections of her social media accounts, Poarch wrote that she is a United States Navy Veteran. In her earlier posts on Instagram, there are plenty of photos of her in uniform. On Facebook, she shared posts from when she was stationed in Japan. On Instagram, she also shared a post from being stationed in South Korea. Her last Instagram post of her in uniform was posted on January 25, 2019.

3. There Has Been Suspicion About Her Age 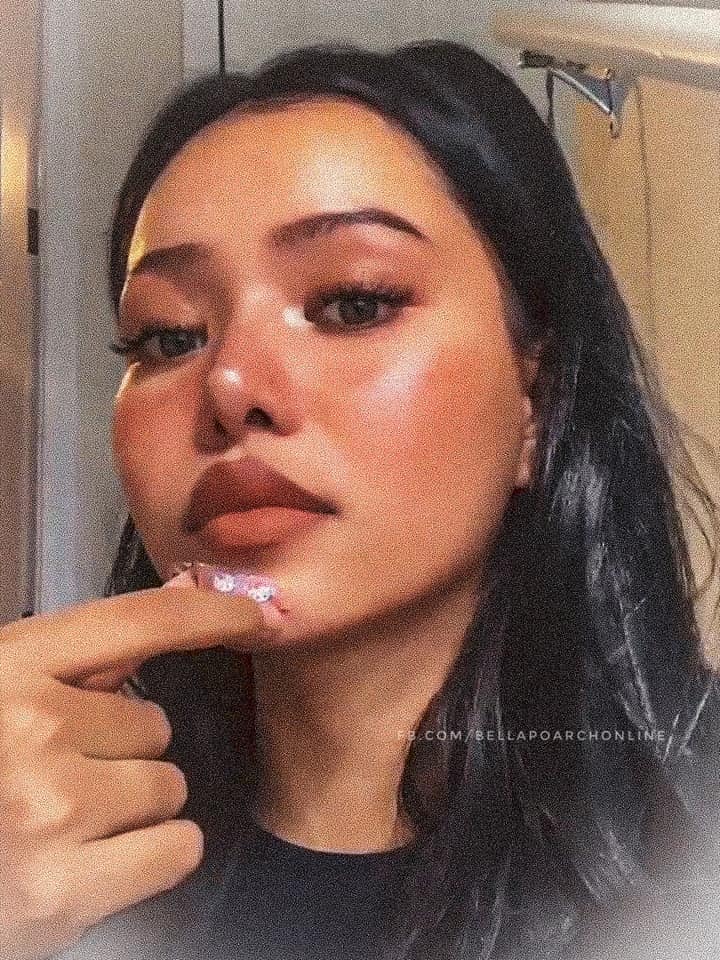 In September, Poarch tweeted that she was listed on Famous Birthdays with a photo of her listing saying she was born February 8, 2001. However, that listing has since been changed and her birthday year is said to be 1997. In one of her Facebook posts, she said she was stationed in Japan in 2017 but if she was born in 2001, that would make her only 16-years-old that year. You must be 17 to enlist in the U.S Navy, according to the Navy’s website. Poarch has not made it clear if she is truly 19 or 23. 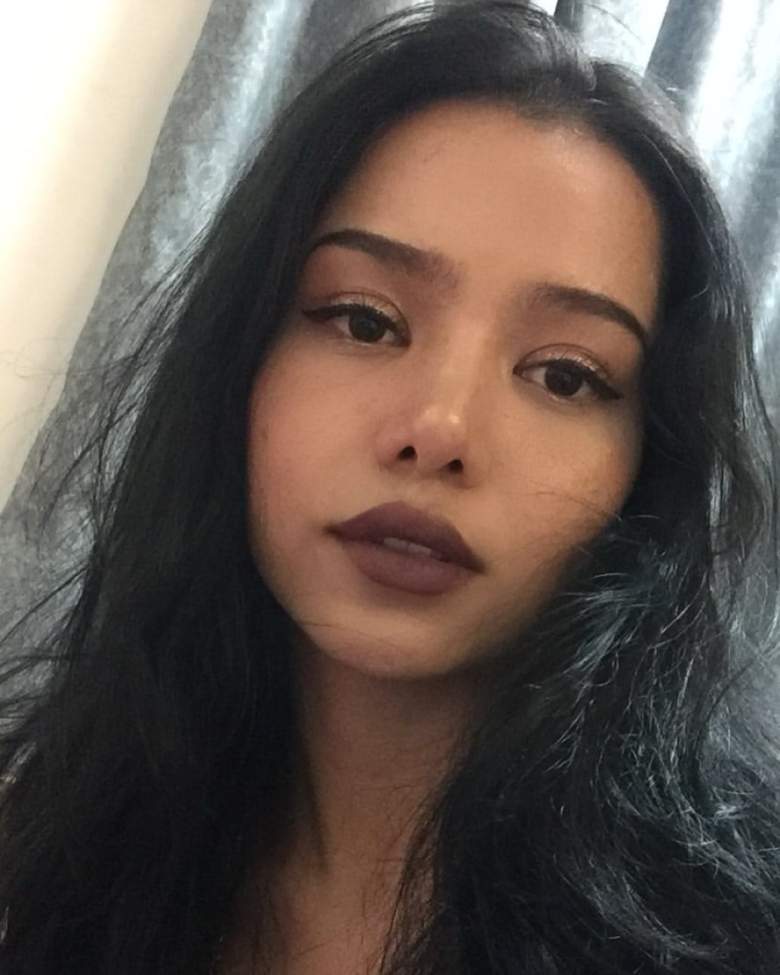 Poarch received criticism on social media over her tattoo of a red rising sun, a symbol that is offensive to South Koreans. According to BBC, during Word War II the Japanese military occupied Korea and caused local citizens to experience many traumatic experiences. When the 2020 Tokyo Olympic Summer Games was being organized, there were efforts to have the rising sun flag banned due to its historical context. CNN reported that those efforts fell on deaf ears as the request to have the flag banned was denied.

“The Rising Sun flag is akin to a symbol of the devil to Asians and Koreans, just like how the swastika is a symbol of Nazis which reminds Europeans of invasion and horror,” An Min-suk, the chair of the parliamentary committee for sports, said in a statement to CNN.
Once Poarch became aware of how offensive her tattoo was, she apologized via social media.

“I apologize to Koreans because 6 months ago I got a tattoo of the red sun with 16 rays. At that time, I didn’t know the history, she tweeted. “But when I found out, I immediately had it covered and scheduled for removal. I am ashamed of myself for not doing my research. I sincerely apologize.”

She also tweeted that that symbol is popular in Hawaii where she lives and encouraged people to research its history and stop using it.

I live in Hawaii and I see a lot of people using the red rising sun symbol in clothing, cars and jewelry. Please educate yourselves and learn more about it because it came from a terrible history. It is very offensive to a lot of people. Please learn from my mistake.

5. Her Real Name May Not Be Bella Poarch 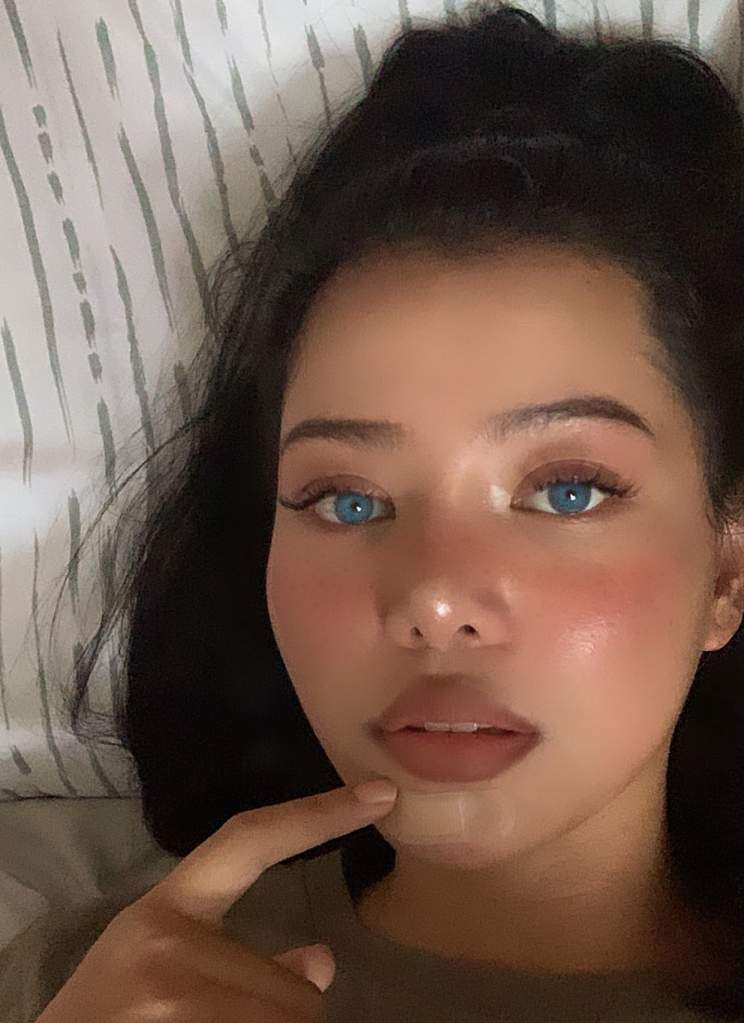 There is some speculation that Bella Poarch is not her real name. In the URL for Poarch’s Facebook account, she used the name Nairee Taylor. In photos where she is wearing her Navy uniform, her name tag says Taylor, not Poarch, which you can see in an Instagram post below. A Google search for Nairee Taylor do not yield any results. All of her accounts, except her Instagram, were created this year between March and May with the name Bella Poarch.

Was with Airman Snoopy 📷 jojojojo