Lala Kent and James Kennedy addressed speculation that they would consider dating each other now that they’re both single.

The “Vanderpump Rules” stars both ended long-term relationships in late 2021. Kent had been engaged to Randall Emmett since 2018, while Kennedy popped the question to his longtime girlfriend, Raquel Leviss, in May, 2021

When the newly single stars appeared on “Watch What Happens Live” on January 11, 2022, host Andy Cohen revealed that the top question he is asked by fans is if  Kent and Kennedy will date.

Fans may recall that Kent and Kennedy did hook up in the past when they were both single—and not sober.  During the “Vanderpump Rules” season 4 reunion, co-star Tom Schwartz point-blank asked the two if they’d ever had sex together. “Yeah we did once,” Kent replied.

At the time, Kent and Kennedy revealed that their hookup was one and done, but several years later, fans want to know if they would consider a more mature dating relationship now that they are both single and sober.

“I don’t think James Kennedy is ready to be a stepdad,” Kent said on WWHL. “So much has changed since we got together, but he is like one of my best friends.”

Kennedy also responded to the question, but he didn’t totally rule out a future romantic relationship with the Give Them Lala Beauty founder.

“Honestly, we’ve both done so much growing up and stuff. I’d love to just continue this beautiful friendship we have,” he said, before adding, “Look, I never say never to anything nowadays.” 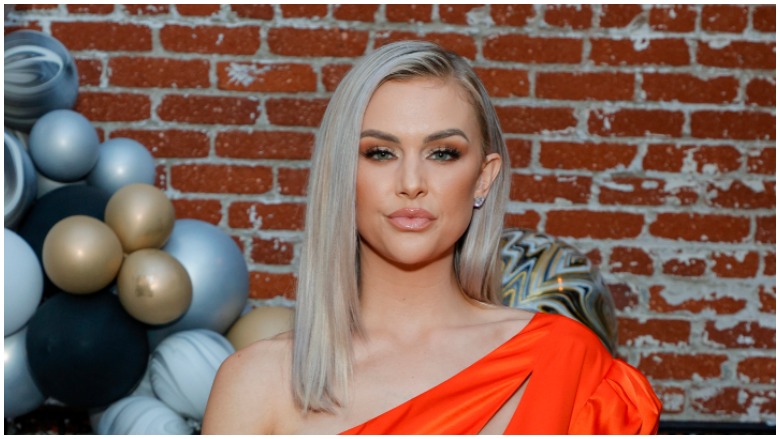 Kent, who gave birth to her daughter, Ocean, in March 2021, revealed that while she has tried to talk to men, she isn’t feeling it right now.

“I’ve been talking to some people but at this point in time I don’t think I can take time away from my daughter to go meet up with a guy,” she said on the Bravo talk show. “It just doesn’t feel right.”

Kent previously revealed on her “Give Them Lala” podcast that she did recently try sliding into a guy’s DMs for the first time in years.

“I had a fantastic holiday, and I slid into a man’s DM for the first time since I was, like, 23. Yes, I did,” she said, per Us Weekly. “My first DM, the initial one, was just emojis and not even anything sexy — like, not even anything hot. … We, like, sparked a conversation, but I was like, ‘What does one say in someone’s DM?’”

“I don’t have any expectations with it, but it went well,” she added. “Just talking to a man who’s not my previous relationship, it’s just like, ‘This is fun,’ and obviously I have a little bit of a game left if there’s communication happening.”

Kennedy has not opened about plans to date, but he told host Andy Cohen that he and Leviss remain on friendly terms and are still in contact. In a December 2021 Instagram post, Kennedy also opened up about his “new chapter” without his fiancée.

“Not sure what I’m going to do but I do know one thing, I will continue my journey without alcohol,” the DJ captioned a mirror selfie. “I will find my true self and the music never dies.”