Sutton Stracke had a story to tell on the most recent episode of “Watch What Happens Live.”

The  “Real Housewives of Beverly Hills” star responded to host Andy Cohen’s question when he asked if her co-star Lisa Rinna was “reaching” when she claimed that Garcelle Beauvais should have “thanked’ her husband Harry Hamlin more than once for making his famous Bolognese sauce for her birthday.

Stracke revealed that she had a “story” related to that — actually a  “tell-tale” that she admitted was “really bad.” After some prodding from Cohen and fellow “WWHL” guest Justin Simien, Stracke told her tale.

“A few years ago Harry and Lisa both came, I invited them, to the Elton John gala,” Stracke revealed on the live Bravo show. “And they came with me as my guests. I never got a thank you.”

Off-camera, Stracke told Cohen that the tickets to the Elton John charity gala cost $10,000 each.

Rinna responded to Stracke’s claims as the live show aired. On her Instagram story, the Rinna Beauty founder wrote: “We didn’t come as your guests @SuttonStracke. @EltonJohn invited us to his event, you asked us to sit at your table. So we did. Let’s just make that clear.”

Rinna also added: “We’ve gone to the fabulous Elton John Oscars party for years. I remember going in 2006 while I was doing @DWTS and dancing the night away. We love @Elton John and @David Furbish. It’s truly incredible all of the money they have raised for the Elton John AIDS Foundation.”

When they returned to air following a commercial break, Cohen told Stracke that Rinna had responded to say the Hamlins did not attend the event as her guests and that it was Elton John who invited them.

“Ok see we’re gonna have words about this,” Stracke said.

Of the $10,000 tickets, Stracke said, “Yes, I purchased them for them.” She added that she actually bought a whole table.

“Perhaps they did not know that I actually bought those tickets for them,” Stracke acknowledged. “So maybe there was a miscommunication.” 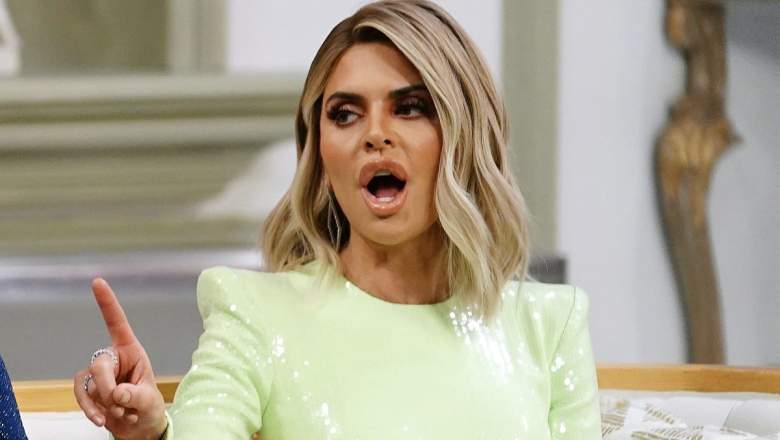 In the comment section to a YouTube clip of the segment, fans reacted to Stracke’s story and Rinna’s rebuttal.

“Yes! I LOVE that Sutton went there,” one fan wrote. “Naturally, Rinna was quick to defend herself; but based on both women’s track records I’m 100% confident Sutton’s version is true.”

“Sutton paid 20k to purchase tickets for Lisa Rinna n Hamlin….Lisa has some audacity and utter shamelessness to say they were personally invited!! She is full of lies, head to toe #absolutelies #loserinna,” another wrote on Twitter.

“How can Rinna be in Hollywood this long attending charitable events and not know how it works? #WWHLI believe Sutton!” another viewer tweeted.

Others defended Rinna and agreed the whole thing may have been a misunderstanding.

“Lisa Rinna n Harry Hamlin have a long history in Hollywood,” one fan wrote. “I think Sutton conveniently forgets that Rinna n Hamlin have been socializing with the rich n famous for a very long time. Maybe Sutton invited them to her table. But to imply that Elton had not invited Lisa is absurd.”

The “Real Housewives” are known for calling each other out on camera for charity faux pas. During last season’s “RHOBH” reunion, franchise star Kyle Richards accused Garcelle Beauvais of failing to pay a $5,000 pledge she made at her Children’s Hospital Los Angeles fundraiser.

The only way anyone’s ever going to find out who’s telling the truth is to ask Elton. He may or may not remember the night in question though. I’m siding with Sutton on this one. She seems pretty real and it would be beneath her to lie and make up a story like this. Rinna can be such a phony, she’s so far from earth and she doesn’t even know it.