Getty Colton Underwood of The Bachelor

Colton Underwood was spotted with his new man.

“The Bachelor” star, who came out as gay in April 2021, was photographed kissing his new boyfriend while vacationing at a resort in Hawaii. The man’s name is Jordan C. Brown, according to TMZ.

An eyewitness told Us Weekly that Underwood and Brown “were making out and snuggling together on the lounge chairs by the pool.”

“They were tanning and swimming. They were very out in the open and not hiding their PDA!” the insider added.

Another source told Page Six that Underwood and Brown were staying at the Four Seasons in Maui  and “were all over each other at the resort.” The insider also confirmed that the two are a couple.

You can see the photos of Underwood and Brown kissing on the beach via TMZ here.

Brown works in politics and has worked on fundraisers for several presidential campaigns, the outlet noted.  He was also part of a group of friends that included Underwood for a trip to Provincetown, MA in June, 2021.

According to Just Jared, Brown’s Instagram page reveals that he is friendly with several celebrities, including actresses Olivia Wilde and Sophia Bush. He also posed with California Governor Gavin Newsom in a photo shared on his social media page.

In addition, Brown appears to be a dog lover, just like Underwood.  In February 2021, he posted a photo of his new pup named Blue. 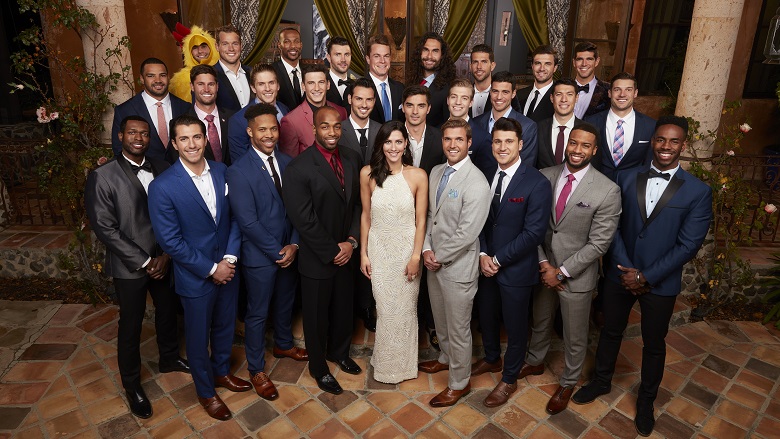 Fans first met Underwood on Becca Kufrin’s season of “The Bachelorette,” where he revealed that he was a virgin at age 26.  He was later named “The Bachelor” and his virginity was an ongoing theme. He ended his season in a relationship with Cassie Randolph, but they split in 2020.

Several years before that Underwood’s first real dating relationship came after college when he dated Olympic gymnast Aly Raisman in 2016.

When Underwood came out as gay on “Good Morning America,”  he revealed that he had secret hookups with men before starring as ABC’s leading man.  The former NFL player, who is filming a new TV series about his coming out journey, also spoke out in a Variety cover story titled “Controversial Confessional.”

“I’ll say this: I was ‘the Virgin Bachelor,’ but I did experiment with men prior to being on ‘The Bachelorette,'” Underwood admitted to the magazine.

He added that he did remain a virgin while experimenting with men.

“When I say ‘hookups,’ not sex,”  Underwood told Variety. “I want to make that very clear that I did not have sex with a man, prior to that.”

The reality star added that the guilt he felt from hooking up with men is what drove him to apply to be a suitor on “The Bachelorette.”

“I was like, ‘I need The Bachelorette in my life, so I could be straight,'” he said.

Underwood’s coming out was referenced on the most recent season of “Bachelor in Paradise” when his ex, Tia Booth, lamented over the fact that the last time she was in “Paradise” she fell for a gay man.