Mari Pepin made a major move to Chicago to be with her fiancé, Kenny Braasch.

The “Bachelor in Paradise” couple, who got engaged last summer on the season finale of the ABC dating show, started their pre-matrimonial move-in weeks after signing a lease together. Mari was born in Puerto Rico but was living in Maryland when she signed on to “Bachelor in Paradise,” per her ABC bio.

The 2019 Miss Maryland recently addressed fan questions about her relationship with the Chicago-based talent manager on her Instagram story.

While on her flight to her new home in Chicago, Mari answered fan questions on Instagram. When one fan asked her if she was nervous to move to a new city, she said it was not a big deal to her.

“Nah!” Mari wrote, per Bachelor Nation. “I moved around a lot growing up (military family), so I’m used to it. I actually counted the other day and I’ve had 13 different addresses in Maryland alone over the past 16 years!!!”

Kenny and Mari decided early in their engagement that they would make Chicago their home. In October 2021, Mari opened up about her plans to relocate to the Windy City.

“I live in Maryland, and Kenny lives here in Chicago,” she told Extra TV last fall. “So I will be moving here early next year. That’s just gonna be the first step.”

More recently, the couple teased the move on Instagram after Kenny shared a photo of him and his future bride signing a lease with the teaser, “Life update.” Under a photo of the two, he wrote, “Mari Pepin and I have signed the lease on a new apartment here in Chicago.”

Mari also shared the photo on her story with a message for Kenny: “Can’t wait to keep annoying you and scaring you and loving you every day #Boo,” she wrote.

Mari Revealed That She Has ‘Ideas’ For Her Wedding Dress 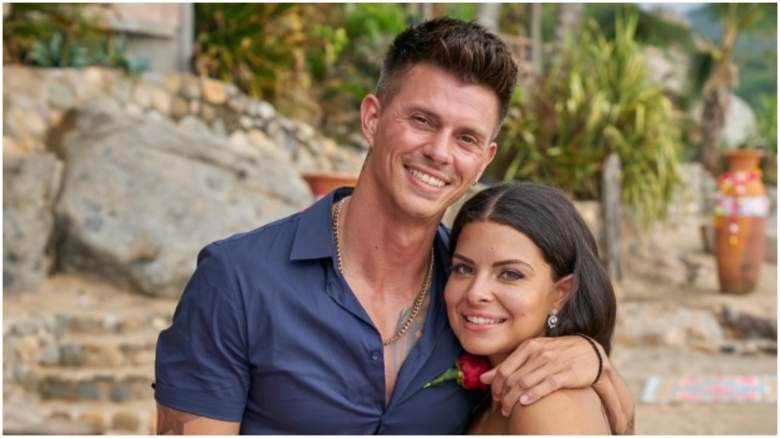 In her fan Q&A, Mari answered several questions about her wedding plans. While she confirmed that she and Kenny have not yet picked a wedding date, she said they hope to have kids after they get married.

As for her wedding dress, she hasn’t said “yes” to one yet, but she does have some ideas for her bridal style. When one fan asked Mari if she has tried on wedding dresses yet, the former pageant queen responded, “Not for my own wedding no! But I’ve modeled in a ton of bridal shows and photo shoots so I definitely have an idea of what I like!”

Mari and Kenny have already nailed down one wedding detail:  the location. In an Amazon Live segment last fall, the couple revealed their plans to wed in either the fall of 2022 or the fall of 2023 in Puerto Rico.

“We know that we’re getting married in Puerto Rico,” Mari said at the time. “That’s where a lot of my family still lives, so it will be easier for them to be able to join us.”