Heidi Montag has long claimed “The Hills” has fake storylines, but now she’s putting a number to it. In a new TikTok video she shared via Instagram, the wife of Spencer Pratt dropped answers to the questions she gets asked the most as she danced to “The Magic Bomb” by Hoang Read.

In answer to the question, “Do you regret your plastic surgery,” Montag admitted, “Sometimes.”

She attributed her “amazing” relationship with her husband to “laughter, honesty, respect, good communication, prioritizing each other … and true love.”

And when asked, “Was everything [on] ‘The Hills’ fake,” the mom of one replied, “90%, especially all Spencer and my fights.”

Montag Previously Teased That ‘The Hills’ Was Scripted

While Montag has long claimed “The Hills” contained set-up scenes and scripted storylines, this is the first time she has said “90%” of the show is fake. Her current storyline on “The Hills: New Beginnings” has her feuding with several of her castmates, something she was known for during her first go-round on the MTV reality show, when she and her then-future husband were known as “villains.”

In a 2016 interview with BuzzFeed, Montag dished that the original incarnation of “The Hills” from nearly a decade earlier was full of phony scenes, including her promotion at Bolthouse Productions — a company she never even really worked for — over real employee Elodie Otto.

“I pretend worked there, so it was obviously a pretend promotion,” she said. “That whole plot was scripted.”

She also claimed that a house that she and Pratt lived in during filming was not their real home and that they really lived in their own home in Pacific Palisades at the time.

Pratt Has Also Claimed the MTV Reality Show Is Fake

Montag is not the only one to call out “The Hills” as fake. In 2016, Pratt told Us Weekly, “The producers would tell me to do crazy stuff and I’d do it. … I’d say five percent reflected reality. We were good actors.”

More recently, Pratt told the “Unpopular” podcast that his co-stars on the “New Beginnings” spinoff refuse to talk about the real issues in their lives on camera.

“The weirdest part of this cast … they have everything [about their personal lives] on Google but don’t discuss it on the reality show,” he said.

He claimed a flirty storyline between Audrina Patridge and Brody Jenner was totally made-for-TV and noted that Jenner would never date the single mom in real life.

Pratt also told the “Hollywood Raw” podcast, that his co-stars showed “these versions of themselves they wanted to Instagram post.”

“Like the cameras were there to follow their real lives, so it’s not supposed to be like, your image,” he said. “This isn’t a filter, this isn’t how you want to look, what you want out there.” 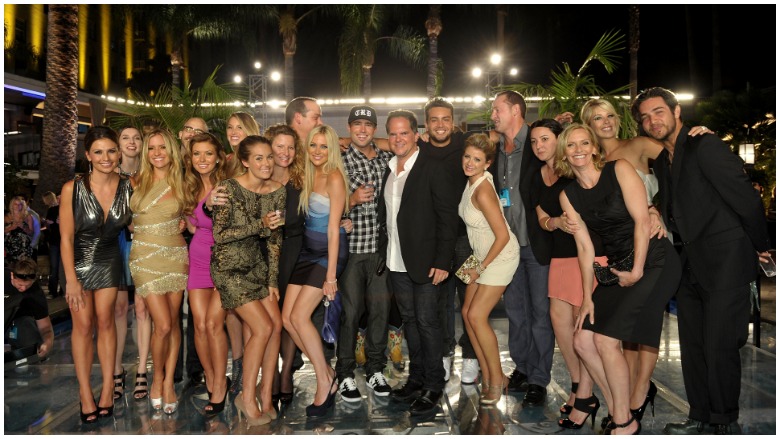 Even though the ending to the original “The Hills” played into the “scripted” talk, series creator Adam DiVello has expressed frustration over claims that his show was fake. In an interview with Buzzfeed, DiVello admitted that while he did have to set up some story arcs — he had to clear Lauren Conrad’s Teen Vogue internship with Anna Wintour in advance before MTV’s cameras could be brought in, for example — he noted that regular scenes were not fake.

“I [got] so pissed when people said that show was faked,” he said. “Many, many crew members will attest to how many times I was yelled at by Lauren in the back room at Les Deux because Heidi showed up and we didn’t plan it. And then people were like, ‘Oh, the show’s so fake.’ It’s like, f*** you!”

DiVello also called out Montag as a “disgruntled employee.”