Copping one video game is pretty much enough for some folks. To gamers who obsess over having every game that’s a part of one franchises history, a video game compilation/collection is the greatest thing ever. There’s probably a million and one physical/digital game collections out there, but we made sure to separate the best from the “meh…” These 15 top video game compilations come packaged with the best games, the best extras, and the most nostalgia inducing covers. We know most of you gamers will read this list and flood your Amazon wishlist with these games.

SNK is regarded as one of the strongest video game publishers/developers to ever exist during the arcade rush of the early-to-mid 90’s. Their long list of awesome arcade games were all about variety, which in turn lured adolescents to throwing a few quarters into SNK’s multi-game machines. This compilation disc put together a few of SNK classics, as well as more of SNK’s less-revered (but quality) games. For fans of classic fighting games, beat ’em up’s, platformers and sports games, this is the disc for you. WHERE’S VOLUME 2, SNK?

Here’s more SNK goodness for you all. Metal Slug is one of the most addictive, side-scrolling shooters we’ve ever had the pleasure of spending millions of quarters on. This collection of seven incredible Metal Slug games is one of the most complete releases for the entire series. SNK threw folks a bone by letting everyone access an art gallery, sound gallery and portable wallpapers. The in-game interview is also a cool selection for those who are seriously invested in the history behind this twitch shooter.

We miss Midway. Back in the day, they were incredibly major in arcades and kids’ living rooms. It sucks that they went under, but its great that there’s some collections out there that celebrate their past gaming prowess. The best one in our opinion? Midway Arcade Treasures 2. Midway was known for publishing the best Mortal Kombat games, as well as some insane shoot ’em up’s and beat ’em up’s. There are definitely some A.P.B., Arch Rivals, NARC and Primal Rage fans out there. Those fans need to power up their past-gen consoles and play these classics one more time.

We’re back to SNK! One of their other respectable fighting game series is the weapons-fighting game, Samurai Showdown. Some gamers are more prone to enjoy the King of Fighters series and its hand-to-hand combat. But there’s a dedicated group of fighting game fans out there who have a better time clashing their historic blades together. This anthology put together the most major entries for the entire series. All of these game are still 2D fighting game goodness, which is something we’ll always have time for.

Kirby is one of Nintendo’s more underrated characters. The pink (and violently hungry) puff ball has been around Nintendo’s home/portable consoles for years. When this Wii collection came out last summer, Kirby’s fans rejoiced! You got six games, additional challenge stages, a digital museum, episodes of Kirby: Right Back at Ya! and game spotlight sections. The Special Edition is even better, thanks to the massive booklet and soundtrack. This is the definition of a collector’s item. 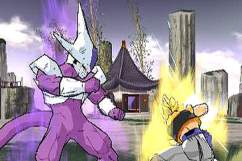 Capcom hasn’t shown the Blue Bomber a ton of love these past few years. Back during the PS2/GameCube generation, Mega Man was a lot more visible on players television screens. This collection of Mega Man X gamers were a love letter to fans and fans of hard-as-nails 2D action platformers. Not only did you get 6 main Mega Man X games, you got Mega Man’s underrated kart racing game (Mega Man Battle & Chase). Classic Mega Man is something that everyone needs to experience at least once. Do yourself a favor and pick this old school love letter up.

9. The King of Fighters Collection: The Orochi Saga

Now here’s SNK’s most revered fighting game series! The Orochi Saga is the overarching storyline that formed the basis of every tournament in KOF ’94, ’95, ’96, ’97 and ’98. All of these games are awesome just by themselves, but when you get them all together in one place it’s heavenly. It’s pretty cool to track the growth of the series through its use of new characters, new (CHEESY!) final bosses and team names. This is the ultimate KOF compilation disc.

Street Fighter is always a great thing. The Alpha spin-off games took the series to another level, visually and gameplay wise. This collection of those games brought together the simple console versions of each game. The extra addition of Super Gem Fighter Mini Mix aka “Pocket Fighter” was just the extra Hadouken on the cake. The fact that this collection harbored some unlockable secrets made this compilation deeper than most video game collection releases.

The other Street Fighter compilation was full of memorable content. We all know there’s waaaaaaaaaaaaaay to many Street Fighter 2 versions hanging out there, but luckily the Hyper Street Fighter 2 edition that’s available here mashes it all together. Getting to play with all the characters’ different renditions from past SF2 games was a cool concept. We’re glad that Capcom there the best version of Street Fighter 3 on here, too. It opened a few eyes and schooled some folks on which game is the king of 2D fighting games. If you loved the animated Street Fighter 2 movie, you were also in luck here.

Hideo Kojima’s video game fame can mostly be attributed to his work on the Metal Gear Solid series. The epic plots, crazy boss fights and powerful cinematic movements that this series brought to the world of gaming are hard to ignore. Konami knows this, so they made sure to compile some of the best games in the entire series. It was kind of weird that the first Metal Gear Solid didn’t show up here, but the addition of a few PS2, PSP and past NES releases kept us distracted. Getting to play upgraded version of these classic espionage action games on current-gen consoles made the mall feel new again. We can’t wait for the next MGS collection! 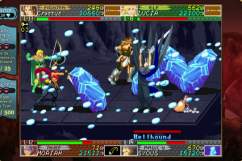 REVIEW: Dungeons & Dragons: Chronicles of Mystara is a Medieval Package Worth Downloading

Why is it so hard to find this game anywhere? Because Nintendo released this Wii collection without really letting anyone know. If you were lucky enough to buy this collection when it briefly showed up in 2009, then God bless you. For the rest of us who are scrounging through eBay sales of the game, life is just a bit tougher for Metroid Prime fans. The Wiimote freshened these games up again by adding motion controls, plus the visuals received a nice little shine job. This game is super hard to find. If you end up adding this compilation to your collection, then be happy. You have three of the best Metroid games ever developed.

Console diehards may have never gotten the chance to finally play Valve’s fist person games if EA never published this compilation. We’re sure glad they did. Valve’s games are still regarded as some of highest-rated PC games and now they’re regarded as some of the best console first-person shooters. Look at this lineup: Half-Life 2, Half-Life 2: Episode 2, Portal and Team Fortress 2. The slogan is “Five Games. One Box” It should be renamed to “Five Incredible Games. One Box. One Low Price (hopefully…).” People are selling this baby for a high price nowadays.

The Mega Man series has been rolling around for a while now. The first major collection of this series’ first few games was something that the gaming world needed back in 2004. Capcom made sure to award the Blue Bomber’s fans with Mega Man 1-8, Mega Man: The Power Battle and Mega Man 2: The Power Fighters. The remixed music, original art gallery and additional hints system gave this compilation an extra bit of life. It would be pretty awesome if Capcom ended up revising this collection by adding Mega Man 9 and Mega Man 10, now that we think about.

First off, let’s get the obvious out of the way – the box art and packaging for this game is simply breathtaking. The 25th anniversary of Nintendo’s biggest icon was marked by the Wii release of this former SNES exclsuive. Getting to play the classic Super Mario Bros., Super Mario Bros. 2, Super Mario Bros. 3 and Super Mario Bros.: The Lost Levels again was a gratifying feeling. The 32-page booklet was a nice history lesson for fans and non-fans of the entire series, plus the audio CD that came along with this release featured some classic songs. The Wii release may not have any major changes to the games, but we preferred it that way. CLASSIC MARIO SHOULDN’T BE TAMPERED WITH!

You can probably guess that we lean more to the Sega side when it comes to who we loved during the 90’s gaming wars. Sega’s first-party hardware/software business practices made them untouchable back in the day. This game compilation is a great reminder of how creative and groundbreaking this company was. They made several great platformers, fighters, RPG’s, shooters etc. that stood the test of time. There’s 49 full games on here, plus exclsuive video interviews that offered some more info on the more important releases. We loved the rating system that made our favorite games easier to select and play over less desirable titles. Sonic’s Ultimate Genesis Collection is the best video game compilation to date. 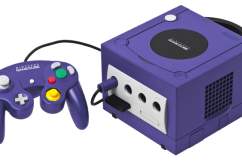 The Most Underrated Video Game Consoles of All Time