With the announcement of a new Super Smash Bros. for Wii U and Nintendo 3DS, speculation always runs rampant about which characters, stages, items and musics might or should be incorporated. Nintendo has already broke some interesting ground with the reveal of Mega Man as a playable character, but still plenty of room to speculate about what else the new Super Smash Bros. will have to offer.

With that in mind, here’s ten additions we’d like to see to Super Smash Bros. for Wii U and Nintendo 3DS.

Waluigi seems like a fairly obvious choice, given that there’s already a fully fleshed out mod to make him playable in Super Smash Bros. Brawl. While the character has never had a solo outing, he’s been a mainstay in Mario party game franchise, and is Luigi’s Wario in many respects. In fact, he first appeared as Wario’s doubles partner in Mario Tennis for the Nintendo 64, and has mostly stuck around since.

The character already appears as an assist trophy in Super Smash Bros. Brawl, so his appearance would be an obvious and welcome addition to the franchise. Given the possibility of a more extensive solo campaign, it’s even possible that the single player could flesh out Waluigi’s origins to an extent, as they are currently unknown.

Due to joint licensing agreements between SEGA and Nintendo regarding Sonic, this one seems like a clear choice. This end game theme from the decent Sonic Unleashed , the ‘Perfect Dark Gaia Theme’ is probably the best part of that game if we take gameplay mechanics and story elements into account. This orchestral theme fits right at home with some of the best that the Super Smash Bros. franchise has had to offer, and would be the perfect tune to accompany an all-new Sonic themed stage. The first Fire Emblem title to be released in the West, Fire Emblem: Rekka no Ken (Fire Emblem: The Blazing Sword) featured three distinct protagonists, with Hector being among the best in the overall franchise. With a tough-guy exterior, a heart of gold and a great axe to boot, Hector is a skilled combatant and would fit right in with the cast of Super Smash Bros. While it’s much more likely that Chrom, the protagonist of the Nintendo 3DS Fire Emblem: Awakening , will be fulfilling the Fire Emblem role left void by the likely departure of Ike, the return of Hector is long coming.

As the undisputed bad-ass of the Fire Emblem universe, Hector sacrifices his life in the Japanese-only sequel (which actually came before the US release, we know, it’s confusing), Fire Emblem: Fūin no Tsurugi (Fire Emblem: The Binding Blade ), allowing the son of his best friend to evade capture. If only we were all so noble. Still, Hector would make a worthy, if not a bit dated, entry to the next Super Smash Bros.

Donkey Kong’s arch nemesis, King K. Rool is the second most recurring villain in Nintendo history who somehow has never had a role in any of the Mario franchise games like Mario Party or Mario Tennis. However, he’s appeared in virtually every Donkey Kong game to date, ranging from Donkey Kong Country to Donkey Kong Barrel Blast. While the character may not be as iconic as some other Nintendo villains, his appearance and move set would definitely make him a unique contender in the new Super Smash Bros.

Still, King K. Rool would fit in perfectly with the likes of Bowser and King Dedede, as the franchise desperately needs another reliable heavy character. 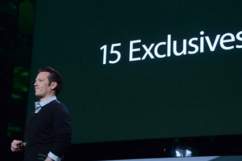 5. The Galaxy From Super Mario Galaxy

There’s nothing as open as space, and that’s a fact. With earth defying gravity and moving elements, the galaxy from Super Mario Galaxy would be the perfect location for an intergalactic space brawl. The creative minds at Nintendo could definitely do plenty of wacky things with this idea, and really, the possibilities are endless.

Zora’s Domain is probably one of the most iconic areas from the now-classic Zelda: Ocarina of Time. From Lord Jabu Jabu to King Zora himself, there’s plenty of elements that could make Zora’s Domain a worthwhile stage. Given that the entire area becomes frozen over in Link’s adult timeline (this doesn’t count as a spoiler anymore), a possible freezing mechanic in the stage could add to the quirkiness and chaos that has come to define Super Smash Bros.

The oft-ignored squid-like creature that has made at least a cameo in most Mario titles since the original Super Mario Bros, Blooper would likely make a great assist trophy. Blooper’s first actual playable appearance was in Mario Party 8, so the new Super Smash Bros. wouldn’t have to set that precedent. Still, Blooper would be pretty successful in spitting ink in the eyes of opponents, which could potentially muck with the controls of the attacked player. While that would certainty be annoying, it would definitely add to the game as a whole, and would be a fun and minor addition.

Final Destination has been played. And played. And played some more. It’s time for a change, and the Punch-Out!! franchise might just have the solution. Little Mac, the 17 year old boxer from the Bronx, already appeared as an assist trophy in Super Smash Bros. Brawl, so this addition wouldn’t exactly be out of the proverbial left-field. The boxing arena could provide a fair and balanced stage with no distractions besides for a jeering crowd of thousands of (Nintendo) fans. It would be the ultimate stage for the ultimate party fighting game. Let’s make it happen, Nintendo.

Lanky Kong is a pretty silly guy. While he doesn’t have a brain tumor coming out of the top of his head like Donkey Kong does, he sure acts like he has one. He walks on his hands, play the trombone and shoots grapes out of a straw, what more could you ask for in a character or possible assist trophy? According to the infamous DK Rap at the beginning of Donkey Kong 64, Lanky Kong “has no style, he [Lanky Kong] has no grace,” and we would say this is probably an accurate description. Still, Lanky is one of Nintendo’s more colorful characters, and it would be nice to see him make a reappearance in the next Super Smash Bros.

10. Waddle Dee from the Kirby franchise

Waddle Dee has been a mainstay of the Kirby franchise since the original Kirby Dream Land, where Waddle Dee was just a random enemy type. Since then, Waddle Dee has been developed in subsequent games, and his Kirby Super Star appearance as Bandanna Waddle Dee would provide a great foil to Meta Knight, provided he makes the cut into the next Super Smash Bros. Waddle Dee would make a welcome addition to the franchise, and would add value to the already eclectic cast of characters.