Those public transportation rides feel so uncomfortable in the summer heat. And those family road trips can get a bit boring once all the singalong’s come to a close.

Getting into situations like this one can be solved through the use of…VIDEO GAMES! More specifically, mobile games that are free of charge through the Google Play store. For the month of June 2016, we once again gathered up the best titles that won’t cost you a single dime to download. This collection of games features robots-in-disguise, wild animals, zombies and all types of zany locations.

These are the top five best new free Android games of June 2016.

Clash of Clans and games of its ilk are a winning formula right now. That’s pure fact. Popular franchises are making sure to get that mobile game moolah by placing their well known characters into strategic situations. Some are actually great, but there’s a few of them that are trash cash-in’s. Except for this one. Transformers: Earth Wars puts you on the side of either the Autobots or Decepticons as you build up a war base and fend off the opposing army. As you should expect, there’s tons of Transformers to collect, new abilities to gain and plenty of constructs to defend yourself with. The gameplay here is tightly paced and always entertaining. Do yourself a favor: check out Transformers: Earth Wars. 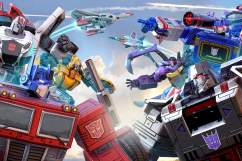 Getting into a rodeo type situation is something you should leave to the pros if you don’t have any training. However, it can be experienced in a more cartoonish and fun way through this game. Rodeo Stampede: Sky Zoo Safari is just a simple good time. You’ll hop on your horse and gain speed as you look to capture all types of exotic animals. These new animals you befriend join your stable and help you collect even more for your personal stable. The whole zoo aspect of the game is pretty awesome, too. It gets pretty addictive when you increase the amount of people visiting your zoo thanks to your animal roundup efforts. Hop onto your favorite animal and become a master of the rodeo. 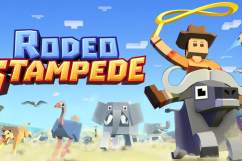 This game makes sure to push the point that zombies aren’t all mindless, zombie eaters. They can be just as friendly as the living and fall in love just as hard. Zombie Castaways is proof of that. This city builder lets you put a bunch of friendly zombies to work as you hand out different professions and craft all types of goods. The world that exists within this “walking dead” city builder is always filled with positivity and a sense of joy. It’s up to you to keep that joy intact by building up your island into something great. Search out for that lost treasure, try to become a human again and secure the love you so desperately desire. 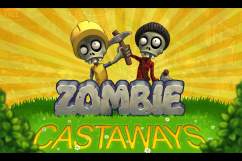 There’s already a million and one great digital card battlers out there on the mobile market. Welp, let’s add another one to that list: Shadowverse. The rules are simple and easy to follow: collect, evolve, strategize, battle and make sure to win at all costs. With 400+ cards to acquire and put to work during battle, you have plenty of opportunities to create a deck all your own. The art style behind this card battler is pristine, so this game is pretty easy on the eyes. Enjoy the offline story mode campaigns and take everything you learned there into the online unranked/ranked battles. Shadowverse is one of the best mobile time waster. And yes, that’s a compliment.

You can’t get enough of all those mobile runners? We know you’re looking for another one to get lost in. Blocky Soccer is where the fun’s at. Instead of just running up some never ending road, you’re placed on a soccer field. The opposing characters who step to you will try to take the ball from you, but we’re sure your quick swiping skills will keep them away from you. After you dodge enough of ’em, you’ll need to pull off a perfect shot and land a scoring goal. This process never gets old, so stay on task and master your tapping/swiping soccer skills. These “Blocky” games are on a roll, folks. 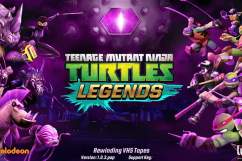