This morning, Nintendo officially unveiled the newest member of their console family, the Nintendo Switch (formerly codenamed the Nintendo NX).

The reveal came in the form of a brief preview trailer and accompanying press release. It didn’t give us a whole lot to go on, but we were able to glean some information. The brief video gave us our first look at the device’s design and functionality, as well as glimpses at some of the titles that will be available. Many doubted the wisdom of Nintendo’s decision to wait so long for a reveal, but knowing what we know now, it’s easy to see why they kept it so tightly under wraps. The Switch is not merely a competitor for the PS4 and Xbox One, but rather a new kind of console unlike anything we’ve ever seen before. If the claims they make are true and it functions the way it’s supposed to, the Nintendo Switch could be utterly groundbreaking.

If you missed the trailer this morning, you can watch it via the link above, or read our recap below of the five fast facts you need to know about the Nintendo Switch reveal.

1. It Functions as a Hybrid Home and Portable Handheld Console 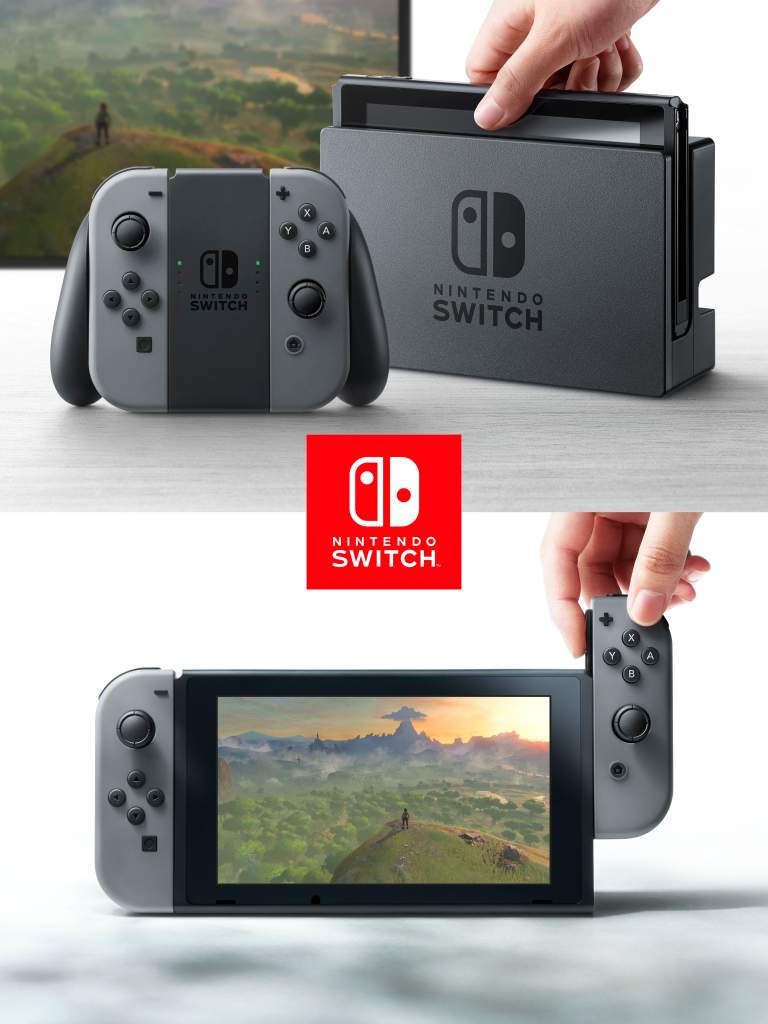 It’s been rumored for some time that this would be a hybrid console thanks to some alleged leaks, and now we have confirmation that this information is indeed true. The Nintendo Switch will hook up your TV for at-home play, and you’ll also be able to detach and take it with you. Unlike the Wii U Gamepad, the Nintendo Switch will be fully portable, so you won’t be limited to a certain range surrounding the base, making it the first truly hybrid console ever. And if you’re worried about it being mediocre in either setting, it doesn’t look as though you need to.

Based on what we’ve seen, it looks as though the Nintendo Switch succeeds at both functions equally well. The attractive high-definition screen looks fantastic, making the same games you would play on your television completely feasible to play on-the-go. It’s just big enough to make this possible without being too bulky. The games that they showed off in the trailer all looked equally spectacular both on the portable screen and the TV. So if the idea of starting a game at home on your TV and being able to pick it up and take it with you sounds appealing, you may want to keep an eye on the Nintendo Switch. It’s true that the Vita could accomplish this to an extent, but not with the same ease, and the Vita doesn’t have as much support here in the U.S. – not to mention that you need to purchase a separate console.

One of the limitations of the Wii and Wii U consoles was their inaccessibility to third-party developers. While Nintendo does have a number of iconic IPs that were enough to drive sales, they would have undoubtedly been more successful with a wider variety of third-party titles for the systems. With Nintendo Switch, it seems as though all the major players are represented. Here is the complete list as of right now, according to the press release:

This leads us to wonder if these developers are going to be creating entirely new titles exclusive to the Switch, or if we’re going to see a lot of ports of games that are currently out for the Xbox One and the PS4. Either way, the thought of being able to pick these titles up and take them anywhere is appealing and might mean the difference between buying a game for the Xbox One/PS4 and the Nintendo Switch for many gamers (assuming, of course, that the graphics and performance are comparable).

3. Specifics Will Be Announced Closer to Launch

Though the trailer certainly looked impressive, it made no mention of any specifics regarding the console. We still know nothing about the internal hardware and performance, and they have not revealed a price or exact release date (although they did reiterate the March 2017 window). According to the press release, “Full game demonstrations, the list of launch window titles, as well as launch date, price, product configuration and related specifics, will be shown and announced prior to the March launch. They did not specify exactly how these things will be shown; with no major gaming conferences between now and then, though, it will most likely be through a Nintendo Direct (hopefully in the near future).

To the naked eye, the graphics look comparable to PS4 and Xbox One, but whether the hardware is anywhere close remains to be seen. If it is in fact competetive specs-wise, the March release date may be a wise move; although it’s nowhere near the holidays, it’s perfectly spaced between the PS4 Pro and Xbox Project Scorpio release dates.

4. There are Multiple Ways to Play 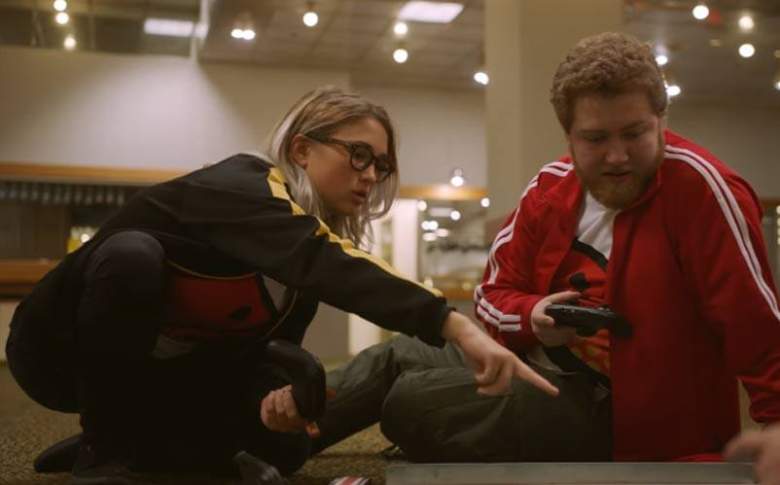 When you’re at home, you can put your Nintendo Switch in the dock that’s connected to the TV. As soon as you lift it from the dock, it automatically switches into portable mode, with a high-definition display. On either side of the high-definition display are detachable Joy Con controllers, which can be employed in numerous ways. They can be clicked into place and used as is, you can hold one in each hand (in the same fashion as the Wii remote and nunchuck), you and a friend can each take one, or you can put them into a Joy Con grip accessory (which mimics a traditional controller). Alternatively, you can ignore them altogether and opt for the Nintendo Switch Pro Controller, which looks something like the Wii U Pro Controller.

The Nintendo Switch, true to its name, will give you complete control over how you game, and it is the first console ever to do so.

5. Consoles Can Be Linked for Multiplayer Play 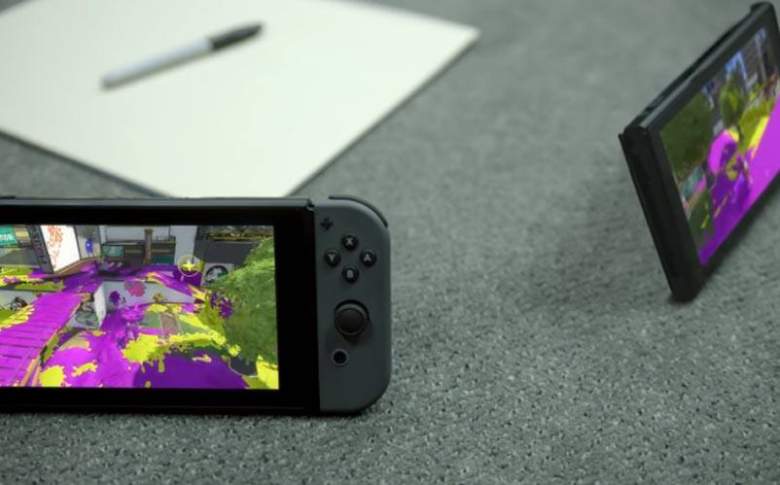 Little information is given in regards to this specific function, but the trailer shows multiple people playing together on their Nintendo Switch systems and the press release confirms as much. In addition to multiplayer on your TV, you and your friends will be able to bring your handheld systems together for local multiplayer competition. While the 3DS has some local and online multiplayer functionality, the Nintendo Switch looks to be on a whole different level. The press release states that “numerous people” can play together, which sounds highly promising and could be a game-changer if they release a Super Smash Bros for the Switch. Imagine meeting up at a cafe or park with your friends and duking it out, or playing together with family when you’re stuck on a long trip.

As making split-screen co-op games seems to be falling out of fashion with developers, this system could make it significantly easier to your favorite multiplayer games side-by-side with your friends (although you will both presumably need your own system).