The new class is available either as a standalone download if you already own the base game and its expansion, or as a complete bundle on consoles called the Eternal Collection.

With the return of the Necromancer, back came fan-favorite skills such as Corpse Explosion and the infamous Bone Spear. You can even summon an army of skeletons, complete with a golem, if you so choose. For fans that were disappointed with the Witch Doctor class, this is likely what you’re looking for.

Although I’ve only just finished Act I and reached level 40 with my Necromancer, I’d be lying to you if this isn’t the most fun I’ve had with Diablo 3 in months, maybe even years (I really enjoyed the Darkening of Tristram event). The Necromancer feels right at home in the game and offers a lot of different variety when it comes to play style.

Like I mentioned before, you can opt for a pet build or you could take an entirely different route and focus on the chunks of flesh left behind by enemies.

The Corpse Explosion works great in Diablo 3. On PC, you target a husk and simply detonate it, giving off a ton of damage to surrounding enemies. On consoles it is a bit harder since you can’t directly click on something so it instead goes off your line of sight. It works for the most part, but it’s definitely a lot easier to pull off on PC.

I haven’t yet found any of the new legendary or set items for the Necromancer so I can’t speak for how those work yet. When I do get my hands on them, I’ll be sure to jump in a couple of rifts to test the Necromancer’s viability. Since the Necromancer just came out, we don’t have an official meta for him yet, so you are free to play with whatever builds you decide to use. Theory-crafters will no doubt have an ideal skill set coupled with armor and weapons that will be most efficient in pushing into the high Greater Rifts come Season 11, which starts late next month.

What might be holding a lot of players back is the price tag of the new class. For $15, you are treated with the Necromancer class and a whole slew of cosmetics that don’t directly affect the gameplay in any way. It pretty much boils down to $15 for the class.

I can say that if the game has grown stale for you and you want a reason to jump back in, the Rise of the Necromancer pack might be worth it for you. No class plays like it in Diablo 3, so it truly does feel like a new experience while playing. On the other hand, if you have no interest in the new class, the extra things like a new pet or additional stash tabs (PC only) might not appeal to you. For those people, I’d have to encourage a pass on this pack.

For me, the pack was worth it, but I am a big Diablo fan. If you opt not to go for the DLC, you will still get a bunch of new content as part of patch 2.6.0. The new update brought us Challenge Rifts, The Shrouded Moors zone, Temple of the Fistborn zone and the Realm of Fates. If you’re not coming back for the Necromancer, you can at least come back for the new content. 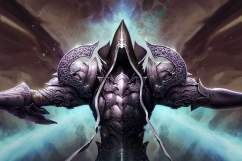