June is coming to a close which means a new set of Xbox’s Games with Gold is almost here. June was a strong month that featured Watch Dogs on the Xbox One side and gave us a couple of last-gen goodies in Assassin’s Creed III and Dragon Age: Origins. It’s hard to follow up on that with something better but July will try its best with Runbow and couple more good last-gen titles. These games are available for “free” provided you have a subscription to Xbox Live Gold and will remain available to you as long as you keep your subscription active.

Grow Up: This open-world platformer is developed by Ubisoft and is a sequel to 2015’s Grow Home. Players control a robot named B.U.D. as you try to collect parts of your ship which are spread across the planet after a crash.

Runbow: Once a Wii U exclusive, this racing platformer pits an overabundance of players against one another as they race to reach the trophy at the end of the stage. The backgrounds change colors and this cause obstacles that are the same color as the background to disappear as well, causing players to find new ways to get to the end. The game supports up to nine players over both local and online multiplayer.

Kane and Lynch Dog Days 2: This 2010 title is a sequel to 2008’s Kane and Lynch Dog Days. Players take control of Lynch, but does feature a co-op mode that will allow another player to control Kane, as you head to Shanghai as things inevitably hit the fan and you have to fight your way out. There’s lots of shooting but that’s the draw to this game.

Lego Pirates of the Caribbean: The Video Game: Another Lego game but don’t worry, this one is good. May gave us a Lego Star Wars game and July is giving us a Pirates one for more Lego fun. The title was released in 2011 so it includes all the movies up to that point. Fans of the movies will definitely enjoy this one for sure, it helps if you like the Lego games too.

Kane and Lynch Dog Days 2 and Lego Pirates of the Caribbean: The Video Game are available on the Xbox 360 and are part of Xbox One’s backwards compatibility program.

Watch Dogs will remain free until July 15 as part of the second half of June’s Games with Gold lineup. 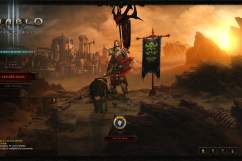