Fire Emblem Heroes’ new mode, Arena Assault, pits players in a series of seven arena battles back to back with other players’ teams. Just like with Squad Assault, you can only use each unit you have once per battle, which means you need seven different teams. However, you’ll also be able to use up to three special items per Arena Assault to save you from a tight spot. Stamina and Dueling Swords are also not necessary to fight in the new mode. You’ll not only win Hero Feathers but Sacred Coins.

The mode is tough, even for experienced players. Here are 10 tips and tricks you need to know for getting a higher score and rank.

1. Make Sure Your First Team Has a High Base Stat Total

Make sure that your first team has heroes with a high bast stat total, or the combined value of all of their stats. The total point amount dictates the point amounts for all seven battles, and a higher one will earn you a higher score.

Heroes with a high base stat total include Effie, Hector, Zephiel, Nowi, and Young Tiki, according to data from GamePress.

2. You Can Use Healers & Other Support Heroes

Because the total point amount only applies to the first battle, you can bring lower BST but still viable heroes like healers and other support units into subsequent battles.

We especially recommend Elise for being both a great cavalry healer and a scary damage dealer. Learn more about different healers you can use in the link below. 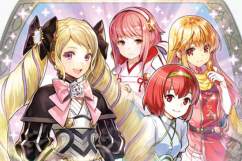 When you’re in battle, click on the enemy units to see their stats and skills. This is useful for not only strategizing your approach to these units, but for getting an idea on how you should build your own units. Take a screenshot while highlighting an enemy unit so you can save its build for later.

4. Use the Panic Charm for Teams That Rely on Buffs

One of the most useful items to use is the Panic Charm, which turns all the buffs currently on the enemy team into debuffs. This can completely shut down Cavalry and Flier units who rely on class-specific buffs to get most of their power. You can only bring one of each item, so make sure you save your Panic Charm for Cavalry and Flier teams.

Dancers are incredibly valuable for Arena Assault as they can make strong teammates take an extra turn or get them out of a compromising position. Many of them are also respectable fighters in their own right, especially Azura who does extra damage to red units with her Sapphire Lance+. Save dancers for teams who really need them such as high attack yet low defense teams.

There is also the Dancer’s Veil items that you can use, which allows one random ally that has already acted to take another action. Use this if you used up all your dancers already.

6. There Are No Bonus Heroes

Unlike the Arena or Tempest Trials, you don’t get bonuses for having specific units in your team. Feel free to use whatever heroes you believe are best.

7. Have a Mix of Attackers & Supporters

Make sure that you have a mix of attacking units with high attack and speed as well as support units with high defenses and support skills. Attacking units can’t do it on their own as they often have low defenses. Healers are a no-brainer as support units, but just about any unit with mobility skills like Reposision to get you out of trouble, skills for buffing teammates, skills for debuffing enemies, and attacks that can cover your other teammates’ weaknesses are useful.

8. You Will Not Earn EXP, SP, or HM For the Second Battle Each Day

You will not earn experience points for leveling up, skill points for learning new skills, or hero merit for getting more Hero Feathers from the second time you try Arena Assault onwards. You’ll have to wait for the next day. So be sure to make your first battle count.

9. You Don’t Need to Have a Team of Four

When creating teams, you don’t have to have exactly four units. You can even make a team with only one unit if you wish! This is actually beneficial if you have strong units merged multiple times but don’t have enough for seven full teams of units.

Before each fight, you can select from a beginner, intermediate, or advanced team of fighters to fight against. Don’t feel pressured to take on advanced teams even though they give out the most points for beating them, especially if you don’t think your team is strong enough. It’s better to take on an intermediate team and continue your winning streak than to lose to an advanced team.

For help with the Tempest Trials event, click the link below.